Hundreds arrested during May Day clashes in Istanbul / VIDEO

Some 467 protesters have been taken into custody and dozens of people treated at hospitals for the effects of tear gas. 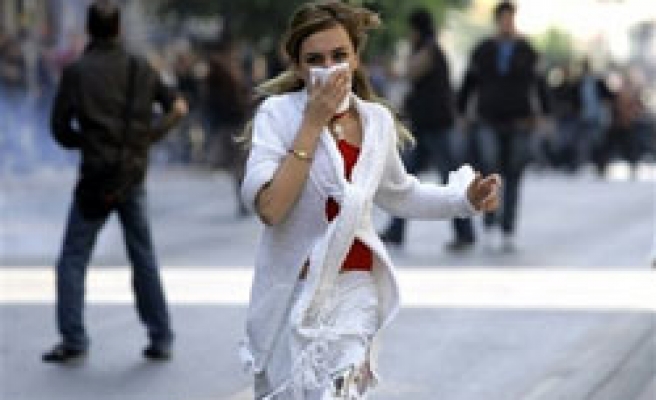 Riot police clashed with demonstrators attempting to take part in May Day marches in Istanbul on Thursday with some 467 protesters taken into custody and dozens of people treated at hospitals for the effects of tear gas.

In a series of clashes that began early on Thursday morning and continued until the afternoon, police moved in to disperse various groups who were attempting to march to Taksim Square in the heart of Istanbul, where May Day celebrations in 1977 ended with the shooting of 36 unionists.

Authorities in Istanbul had refused to give permission for a march to Taksim Square, instead only allowing union leaders to leave flowers at a memorial in the square.

Union confederation leaders instead decided not to take up the offer.

A number of passers-by in the commercial and residential areas were caught up in the clashes, including a group at the entrance of a hospital in Sisli, where two cannisters of tear gas were fired. Six police officers were reportedly injured in the clashes.

Closed to the general public on Thursday, the only people joining the police in the normally bustling Taksim Square were tourists being escorted from their hotels.