Hundreds of cars were set alight and hundreds of people arrested by police in a night of violence following the election victory of rightwinger Nicolas Sarkozy, police said on Monday. 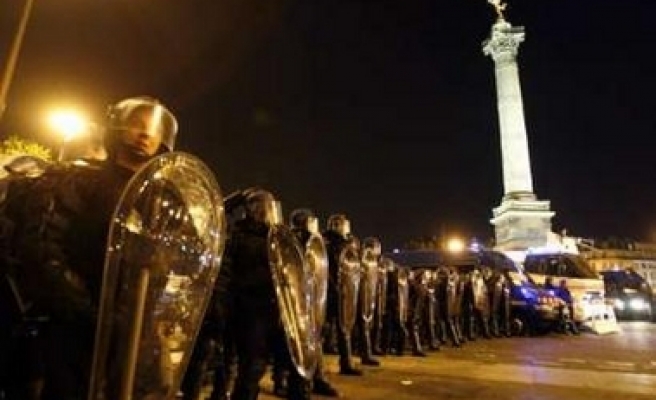 Hundreds of cars were set alight and hundreds of people arrested by police in a night of violence following the election victory of rightwinger Nicolas Sarkozy, police said on Monday.

But despite the trouble, a police spokesperson said that the widespread violence and rioting some had feared if Sarkozy won, was largely averted.

A total of 367 cars were burned in the high-immigrant suburbs in the hours that followed the triumph of the former interior minister over Socialist Segolene Royal in the presidential election.

"The second round of the presidential election did not result in large-scale urban violence in the flashpoint areas and only a few groups, here and there, set fire to garbage bins and cars," said a police spokesperson.

Royal had warned in the run-up to Sunday's election that the country could slide into violence and unrest, similar to the three weeks of rioting that rocked French suburbs in late 2005.

The police spokesperson said there had only been "a few more" car burnings than is normal during the July 14 national holiday and fewer than those on New Year's Eve, according to the national police directorate.

A total of 270 people were arrested, including 88 in the Paris suburbs.

Thousands of police reinforcements were deployed round the capital to head off the risk of unrest in the high-immigrant suburbs where Sarkozy is a hated figure for his tough law and order stance.

Violence erupted in the cities of Lyon, Nantes, Paris, Toulouse and Renne which was blamed on extreme-left groups, anarchists and apolitical gangs who clashed with police, injuring 28 of them.

Two police officers were slightly injured by acid thrown at them by protesters in the western city of Nantes.