Russian television said more than 300 people were still queuing for evacuation from Tskhinvali. 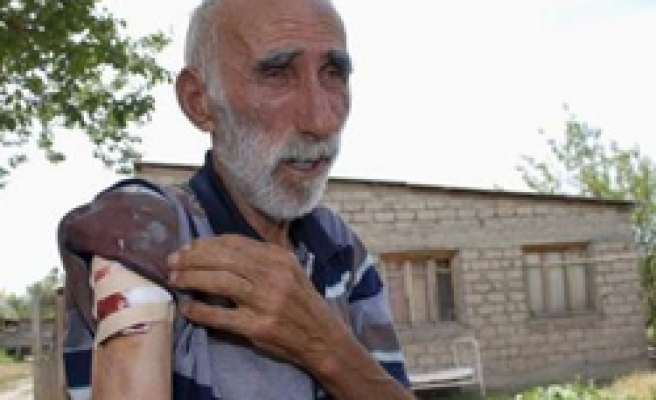 Hundreds of women and children fled Georgia's breakaway province of South Ossetia to neighbouring Russia on Sunday after a fresh bout of clashes stoked fears of full-scale war in the troubled region.

At least six people have been killed and another 15 injured in two nights of gunbattles. Separatists accuse Georgian government forces of deliberately targeting civilians.

"My children did not sleep for two nights and I cannot risk them any longer," a young woman shown on Russian state-run television said as she put her children on a bus in the regional capital of Tskhinvali.

Russian television said more than 300 people were still queuing for evacuation from Tskhinvali.

South Ossetia broke away from Georgia after a war in the early 1990s. Russia has sent in a peacekeeping force, which Moscow says is needed to avert a new war.

Tensions over South Ossetia and another breakaway province, Abkhazia, have been growing since 2004, when a new pro-Western Georgian government moved to end traditional dependence on Russia in favour of closer ties with the West.

Georgia accuses Russia, which backs Abkhazia and South Ossetia, of seeking to annex the provinces. Moscow accuses Georgia of planning to seize the regions back by force.

The separatists say that starting from late Friday, Georgian forces have been shelling Tskhinvali and surrounding villages. Georgian officials have said their forces only returned fire. The separatists have accused Georgia of sending troops, including artillery units, into South Ossetia and ordered a total mobilisation. Georgia denies any troop movements.

"The threat of large-scale military actions between Georgia and South Ossetia is becoming more real," the Russian foreign ministry said on its website www.mid.ru

The Russian statement, the second in two days, reiterated the separatist accusations that Tbilisi was massing troops.

"The Russian Foreign ministry urges the sides to exercise maximum caution," the statement said. "The use of force can finally ruin hopes for a settlement of the conflict."

Western governments, which see the Caucasus region as an important transit link in their projects to deliver oil and gas from the Caspian Sea to Europe bypassing Russia, have been alarmed by mounting tensions over Georgia's breakaway regions.

Finnish Foreign Minister Alexander Stumm, current head of the Organisation for Security and Cooperation in Europe, has expressed concerns about the latest violence in South Ossetia.

"I deplore and condemn this needless violence, especially against civilian targets," he said according to an OSCE press-release. "The international community as a whole ... expects the sides to do their utmost to de-escalate tension."