'Hygiene hypothesis' may be tied to bowel disease

Inflammatory bowel diseas refers to a group of conditions marked by chronic inflammation in the intestines, leading to symptoms like abdominal pain and diarrhea. 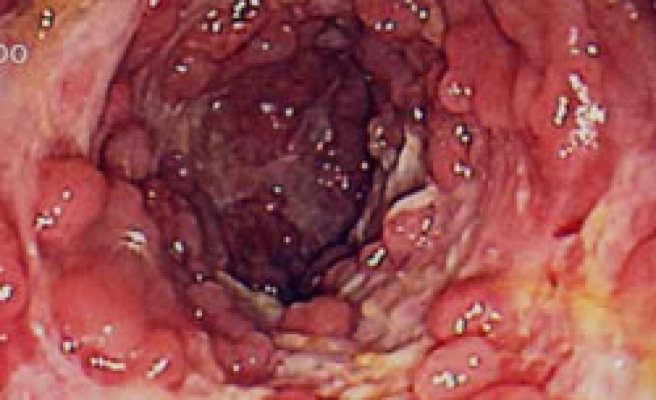 Children who grow up in a spick-and-span home may have a higher risk of developing inflammatory bowel disease, a study suggests.

Inflammatory bowel disease, or IBD, refers to a group of conditions marked by chronic inflammation in the intestines, leading to symptoms like abdominal pain and diarrhea. It's thought that the conditions arise from an immune system overreaction that injures the body's own intestinal tissue.

In the new study, published in the American Journal of Gastroenterology, researchers looked at whether the so-called "hygiene hypothesis" might be involved in young people's risk of developing IBD.

The hygiene hypothesis was first advanced in the late 1980s as one explanation for the rise in allergic diseases in developed nations.

The theory is that when children are exposed to few viruses, bacteria and other microorganisms early in life, their immune system development is affected in a way that raises the risk of abnormal immune reactions.

For example, studies have found that young children who spend time in daycare, where they are likely to be exposed to viruses and other microorganisms, are less likely to develop allergies than their peers who spend little time around other children early in life.

For the current study, Dr. Eran Israeli and colleagues looked at the relationship between IBD risk and certain markers of how "hygienic" a child's upbringing was -- including how many siblings a child had, his or her spot in the family birth order, and whether the family lived in an urban or rural area. A rural environment is considered generally less hygienic than an urban one.

The researchers found that among the nearly 400,000 Israeli teenagers included in the study, 768 -- or 0.2 percent -- had been diagnosed with IBD. Those with one sibling were between two and three times more likely to have IBD than teens with five or more siblings.

Similarly, teenagers who lived in an urban setting were 38 percent more likely to suffer from IBD than their rural counterparts.

The findings do not prove that the hygiene hypothesis is at work in IBD, according to Israeli, of Hadassah Medical Center-Hebrew University in Jerusalem.

The study, he told Reuters Health, looked only at "surrogate markers" of childhood hygiene and showed an association between those markers and IBD.

But if the extra-clean surroundings of modern life do indeed contribute to IBD development in certain susceptible individuals, what are the implications?

"It would of course be impractical to suggest living in a less 'hygienic' environment or changing living conditions in order to afford possible protection (from) future development of IBD," Israeli said.

However, he added, it might be possible to lower IBD risk in people who are at higher-than-normal risk -- such as those with family members with the disease -- by exposing them to harmless microbes to help regulate their immune responses.

Researchers have already begun studying whether exposure to harmless parasitic worms might help treat Crohn's or colitis. Studies have not yet investigated such tactics for preventing IBD in healthy, high-risk people, Israeli noted.