A China's foiled terrorist plot against the Olympic Games seems only a pretext for more crackdowns against the Muslim-populated Uighur region. 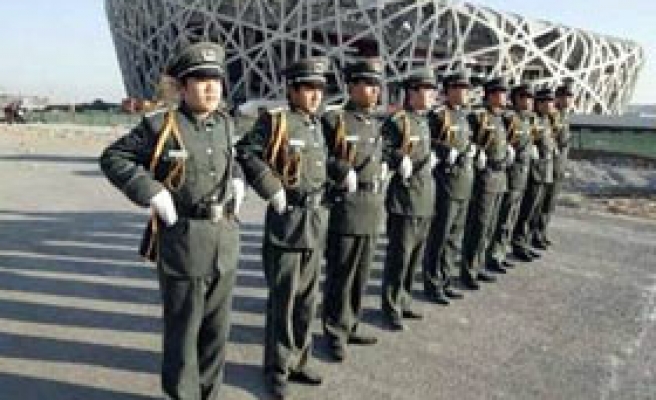 A Chinese announcement of a foiled terrorist plot against the Olympic Games seems rather exaggerated and only a pretext for more crackdowns against the Muslim-populated Xinjiang region, experts and rights activists believe.

Officials claimed on Sunday, March 9, that an alleged plot to attack the Olympics was foiled in Xinjiang.

They also said a flight from the regional capital of Urumqi narrowly escaped a hijacking attempt last week.

But very few details about the two attacks were available.

"As to what's actually going on, whether there is an organized group, either a militant group or a potential terrorist group, or a separatist group, we only have Chinese reports to go on," said James Millward of Georgetown University, US.

"We don't have any other real evidence that I have seen."

Chinese authorities restrict foreign journalists from reporting freely about the situation in Xinjiang, making it difficult to verify the veracity of official accounts of the alleged terrorist risk.

The northwestern region of Xinjiang, which has been autonomous since 1955, is home to 20 million people, largely ethnic Uighurs and other Muslim minorities.

"When it comes to Xinjiang, the terrorist threat is not too serious," he told Agence France Presse (AFP).

"I don't believe we'll see any major terrorist attack on the Olympics…but we might see some small groups based in Xinjiang attempting to undertake some type of limited action."

Uighur human rights activist Rebiya Kadeer insists the terror plot is nothing but a mere fabrication.

"This is something they have fabricated themselves, it's an incident they've arranged," she told Reuters.

"Right now, Uighur people don't have the ability to do that. Moreover, they don't have any plans to do so," said Kadeer, jailed for five years before being sent into exile in the US.

Analysts warn that the Chinese authorities would exploit the alleged plot to step up crackdowns in Xinjiang.

"We're concerned that the Chinese government may use these alleged terrorist plots as a pretext for a new campaign of repression against the Uighur population in Xinjiang and to stifle any public expressions of dissent in Xinjiang ahead of the 2008 Olympic Games," said Phelim Kine, Asia researcher with Human Rights Watch.

Delegates to the National People Congress have already threatened to step up a crackdown in Xinjiang.

Wang Lequan, Chief of the Communist Party in the region, vowed to carry out pre-emptive military actions.

Rights groups accuse Chinese authorities of religious repression against Uighurs, a Turkish-speaking minority of eight million, in the name of counter terrorism.

China has been waging a campaign against Muslims struggling to set up an independent "East Turkestan" in Xinjiang.

Beijing views Xinjiang as an invaluable asset because of its crucial strategic location near Central Asia and its large oil and gas reserves.