IAEA head criticizes US on Israel bombing over Syria

IAEA head angrily criticized Israel on Friday for bombing a Syrian facility and chastised the U.S. for withholding information on the site. 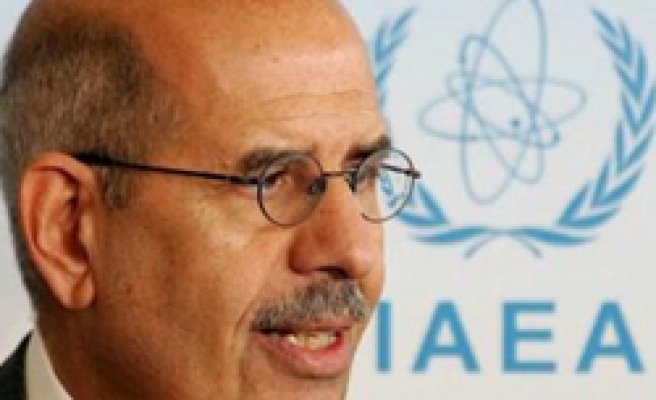 The head of the U.N. nuclear monitoring agency angrily criticized Israel on Friday for bombing a Syrian facility, and chastised the U.S. for withholding information on the site.

The International Atomic Energy Agency said Director-General Mohamed ElBaradei also was not provided information about the site until Thursday, the same day U.S. officials briefed members of the House Intelligence Committee about evidence including dozens of photographs taken from ground level and footage of the interior of the building gathered by spy satellites after the Israeli strike seven months ago.

ElBaradei was briefed by telephone by John Rood, the U.S. undersecretary of state for arms control.

"The Director General deplores the fact that this information was not provided to the Agency in a timely manner, in accordance with the Agency's responsibilities under the nuclear Non-Proliferation Treaty (NPT), to enable it to verify its veracity and establish the facts," ElBaradei's office said.

Additionally, "the Director General views the unilateral use of force by Israel as undermining the due process of verification that is at the heart of the non-proliferation regime," it said.

ElBaradei did not criticize North Korea or Syria in his statement.

The IAEA's mission includes trying to keep nuclear proliferation in check, and it depends on member states for information in trying to carry out that task.

Top U.S. intelligence officials who briefed reporters in Washington Thursday said they had high confidence in the judgment that North Korea had aided Syria with its nuclear program and the intention was to produce plutonium.

But they claimed only low confidence for the conclusion that it was meant for weapons development, in part because there was no reprocessing facility at the site — something that would be needed to extract plutonium from spent reactor fuel for use in a bomb.

The Syrian reactor was within weeks or months of being functional when Israeli jets destroyed it, a top U.S. official claimed in Washington, speaking on condition of anonymity because of the sensitivity of the matter.

Repeating its previous stance, Syria, in a statement issued Thursday denied the allegations.