Iran may be between three and eight years away from producing a nuclear weapon, should it decided to do so, Mohamed ElBaradei, head of the International Atomic Energy Agency (IAEA), has said. 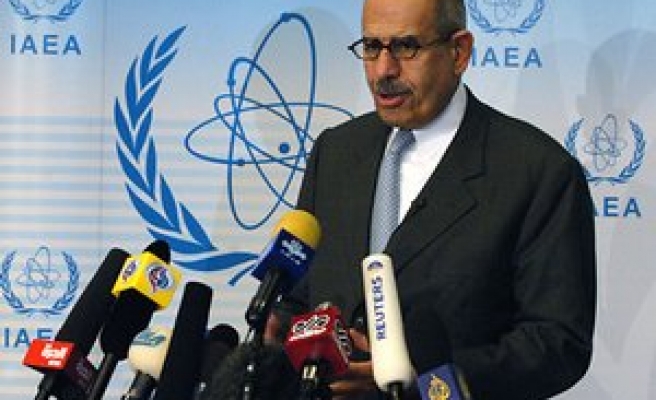 Iran may be between three and eight years away from producing a nuclear weapon, should it decided to do so, Mohamed ElBaradei, head of the International Atomic Energy Agency (IAEA), has said.

His comments came on Thursday, as Iran vowed to continue with its nuclear programme, saying the West was trying to prevent it from becoming a world power.

ElBaradei told a news conference in Luxembourg that he tended "to agree with people like John Negroponte and the new director of the CIA ... that even if Iran wanted to go for a nuclear weapon, it would not be before the end of this decade or sometime in the middle of the next decade".

The Islamic Republic denies seeking nuclear weapons, saying its programme is a purely civilian one designed to generate electricity.

ElBaradei said the IAEA had seen no evidence that Iran was trying to "weaponise" nuclear material.

However, he added that Tehran was continuing to move towards confrontation with other world powers by accelerating its nuclear programme despite calls by the UN Security Council for it to suspend uranium enrichment.

But on Thursday, in a speech to a gathering of Iran's Revolutionary Guards, Mahmoud Ahmadinejad, the Iranian president, ruled out the possibility of a suspension of the country's nuclear programme.

"The enemy wants Iran to surrender so it won't have any say in the world," he said, according to state-run television.

"The aim of the enemies in thwarting Iran's exploitation of peaceful nuclear technology, is not based on any technical reasons. They want to hit at the source of the [Iranian] regime's progress."

"If Iran's right to nuclear technology is confirmed, all nations of the world will gather under Iran's political banner. The enemies of Islamic Iran know this, and for this reason they have mobilised."

The US has urged new sanctions against Iran, in addition to the two sets of measures agreed by the UN Security Council in December and March.

Bernard Kouchner, the French foreign minister, said on Thursday that France backs the rapid adoption of "new sanctions" against Iran if it maintains its refusal to suspend uranium enrichment.

"There is still time for Iran to suspend its enrichment-linked activities. Otherwise, as foreseen by Resolution 1747, we will have no choice but to take things forward at the Security Council," he said in a statement released in Paris.

On Wednesday the IAEA issued a critical report that said Iran had expanded its uranium enrichment programme in defiance of UN demands for its suspension, and warned that the watchdog's knowledge of Iran's activities was shrinking.
Last Mod: 24 Mayıs 2007, 21:10
Add Comment