One cannot help but wonder if only Africans are capable of committing war crimes, crimes against humanity and genocide. 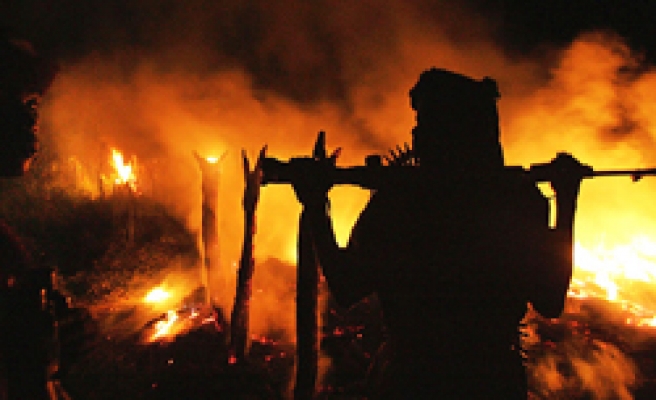 The crimes committed against innocent people in Darfur represent a shameful episode in the history of Sudan and its neighbors, including Chad, which has played a dubious role in sustaining the seething conflict.

Equally disgraceful is the politicizing of the bloody conflict in ways that will ensure its continuation.

The decision of the International Criminal Court's (ICC) prosecutor-general, Luis Moreno- Ocampo, to file an arrest warrant for current Sudanese President Omar Hassan al-Bashir, and the international responses to his decision demonstrate both the politicization of the crisis and the selectiveness of international law.

Consider this bizarre twist. The US Congress passed a resolution on June 22, 2004, declaring that the violence in Darfur was state-sponsored genocide. The resolution -- named the Darfur Peace and Accountability Act -- was signed into law by President George W. Bush in October 2006.

Between the vote and Bush's signature, the United Nations conducted a sweeping investigation -- unlike Congress's rash decision, which was based almost entirely on lobby and interest group pressure -- declaring in early 2005 that both the government and militias were systematically abusing civilians in Sudan's western province. It insisted, however, that no genocide had taken place.

The US is not a signatory of the ICC -- understandably so, given that many legal experts deem the war crimes of invading and occupying Iraq the worst since World War II. Although the ICC is in theory an independent body, it often investigates or provides legal opinions on cases passed on by the United Nations Security Council -- which is dominated by the United States, its vetoes and foreign policy interests.

It is anomalous that Moreno-Ocampo's request adhered to Congress's political labeling of the conflict in western Sudan and not that of the United Nations' own comprehensive and less politicized report.

Equally interesting is the response of the US and other governments, as well as regional and international bodies, to the decision.

The US, which, like Sudan, doesn't recognize the jurisdiction of the ICC, was pleased by the court prosecutor-general's move. "In our view, recognition of the humanitarian disaster and the atrocities that have gone on there is a positive thing," US State Department Spokesman Sean McCormack said.

China and Russia -- both of which have immense and growing economic interests in Africa -- found the decision unhelpful and called for restraint. It's not only the Sudanese government that they wish to woo, but other African states alarmed by the court's move, which is likely to worsen the tribal war and jeopardize the safety of the people of Darfur and the numerous humanitarian missions and workers in the region (the UN has already declared its intent to pull back staff from a joint UN-African Union mission, one welcomed by the al-Bashir government and which is credited for contributing to the slight improvement in the situation there.)

The African Union (AU), often discounted, if not entirely undermined, by Western political institutions, has called on the ICC to suspend its decision until the crisis in Darfur is resolved. In fact intense efforts have succeeded in bringing warring parties to the negotiation table and extracting important concessions that, with international support, could bring the crisis to an end. But the call made by AU Chairman and Tanzanian Foreign Minister Bernard Membe is unlikely to be heeded, as economic and political interests in Darfur are too significant for Western countries to allow Africa's own leaders to meddle.

While some human rights organizations and many media pundits, largely based in Western capitals, welcomed Moreno-Ocampo's request -- conveniently ignoring the hypocrisy of the decision and the mayhem and instability it will create in the already fractious region -- others in Africa and the Middle East are not impressed. African and Middle Eastern media decry the selectiveness and rigidity of international law when the conflict concerns poor countries, and its blindness and flexibility when the perpetrators of crimes are countries that wield military and economic might, and often the power of veto.

The ICC was established in 2002, immediately before the US aggression against Iraq. Interestingly, the ICC's jurisdiction -- for obvious reasons -- doesn't include the crime of aggression. Equally telling is that the court has so far investigated just four conflicts -- in Northern Uganda, Congo, Darfur and the Central African Republic. One cannot help but wonder if only Africans are capable of committing war crimes, crimes against humanity and genocide.

It's this selectiveness that makes Moreno-Ocampo's request a textbook example of the inner workings of international law. It exposes governments like the US and Britain, which condemn war crimes and authoritarian regimes in Sudan, Zimbabwe and elsewhere while perpetrating war crimes of their own, aiding and abetting authoritarian regimes in the Middle East, Africa and elsewhere, as hopelessly addicted to double standards.

For Moreno-Ocampo's decision -- and the entire international legal apparatus in the West -- to be taken seriously, impartiality and fairness are essential. They are qualities, however, that remain conspicuously absent, vetoed or otherwise shunted into the sidings of history.

Regardless of whether the ICC judges will honor Moreno-Ocampo's request to issue an arrest warrant for the Sudanese president, the Darfur conflict cannot be settled by selective justice, self-serving politics or contract-seeking oil corporations. Justice in Sudan, or anywhere else for that matter, cannot be obtained through such practices that are at best "unhelpful" and at worse could be used by the international order's self-appointed policemen to further legitimatize their destructive policies of "intervention" -- economic sanctions, war and the rest.