Chief Prosecutor Luis Moreno-Ocampo indicated last week that the court may launch a preliminary investigation into the conflict in Georgia's breakaway province of South Ossetia. 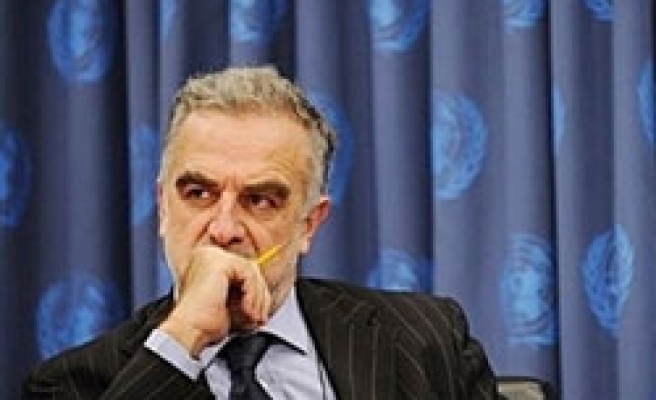 The Hague-based International Criminal Court is conducting an analysis of Georgia over potential war crimes, its chief prosecutor said on Wednesday.

Chief Prosecutor Luis Moreno-Ocampo, who indicated last week that the court may launch a preliminary investigation into the conflict in Georgia's breakaway province of South Ossetia, said in a statement that his office had been "closely monitoring all information on the situation" including reports on attacks on civilians.

"My office considers carefully all information relating to alleged crimes within its jurisdiction -- war crimes, crimes against humanity and genocide -- committed on the territory of States Parties or by nationals of States Parties," Ocampo said, noting that Georgia is a signatory to the treaty that created the ICC.

An investigation by ICC prosecutors is the first formal step toward potential war crimes charges, but the ICC made clear in its statement that it was stopping short of an investigation and only conducting an analysis, both from meetings with officials and public sources.

Fighting in South Ossetia erupted earlier this month when Georgia sent its forces to retake control of the pro-Russian province that rejected Georgian rule in the 1990s.

Separately, Georgia said last week it had filed a lawsuit against Russia at the International Court of Justice (ICJ), also based in The Hague, for ethnic cleansing.

The ICJ, also known as the World Court, rules on disputes between nations while the ICC was set up to try individuals for serious crimes such as genocide, crimes against humanity and war crimes.