The identification cards of two American soldiers missing since an attack on their unit in May were found in an al-Qaida safe house north of Baghdad, the U.S. military said Saturday. 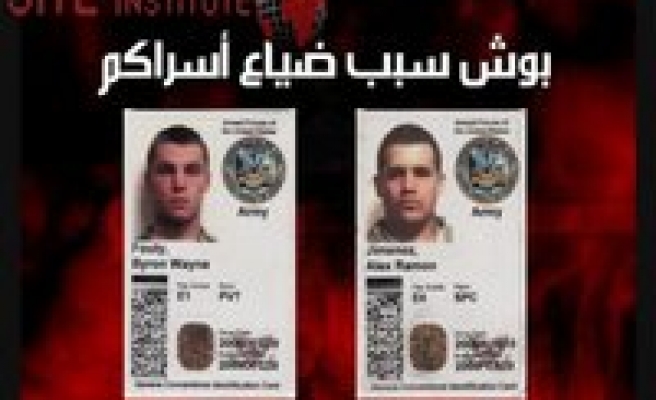 Separtely in Basra, an explosion leveled a Sunni mosque, residents said, in the second retaliatory attack in as many days for the toppling of minarets at a prized Shiite shrine in Samarra.

Iraqi police did not immediately respond to the bombing of the al-Ashrah al-Mubashra mosque, witnesses said, raising fears that the city's Shiite-dominated security forces were unwilling to stop sectarian attacks on Sunni landmarks.

The cards for Spc. Alex R. Jimenez and Pvt. Byron Fouty were discovered along with computers, video production equipment, rifles and ammunition at the otherwise empty house near Samarra, 60 miles north of Baghdad.

The two were snatched in a raid on their 10th Mountain Division unit more than a month ago near Youssifiyah, 12 miles south of Baghdad. The body of a third soldier who was taken in the raid, Pfc. Joseph Anzack Jr., was found floating in the Euphrates River.

The Islamic State of Iraq, a front group for al-Qaida, claimed in a video posted on the Internet this month that all three missing soldiers were killed and buried. Images of the military IDs of Jimenez, 25, of Lawrence, Mass., and Fouty, 19, of Waterford, Mich. were shown, but no proof that they were dead.
Last Mod: 16 Haziran 2007, 18:15
Add Comment