Doctors at Cerrahpaşa Medical Faculty Hospital have performed surgery on a girl from East Turkistan to remove a life-threatening brain tumor. 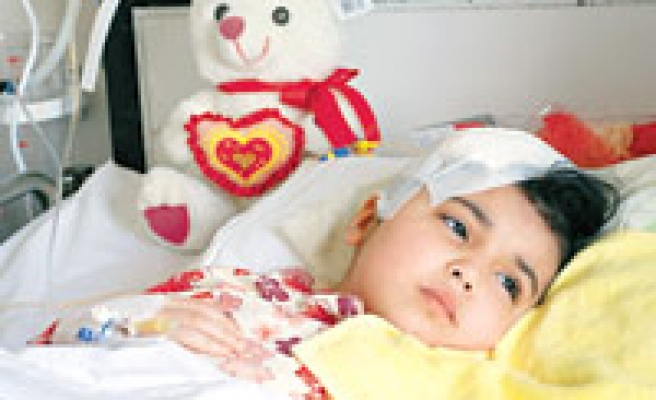 Doctors at Cerrahpaşa Medical Faculty Hospital have performed surgery on a girl from East Turkistan to remove a life-threatening brain tumor.

Asiye Kocayev, 7, was found to have a brain tumor three years ago but was not treated as her family could not afford the expense.

But the Humanitarian Aid Foundation (IHH) recently decided to sponsor the operation at a cost of YTL 20,000.

Kocayev and her family are asylum-seekers who came to Turkey to escape from cruel treatment by the Chinese in East Turkistan.

The seven-hour operation to remove the tumor took place on April 16. Asiye's doctors said she will be able to run around and play like other children after a brief period of recovery as they were able to remove all of the tumor in her brain during the surgery.

Hamdullah Muhammedoğlu, Asiye's father, told Today's Zaman: "If it was not for the IHH my daughter would have died because she urgently needed an operation. Her illness was getting worse every day. This operation is a Children's Day gift for us. I hope she will recover soon."

Asiye's mother, Nadire, said they were very happy to see their daughter healthy. "I hope she will be able to play with her friends as she did three years ago. She is looking forward to going out with her friends."