IMF said it had not received word whether the government would seek another IMF deal. 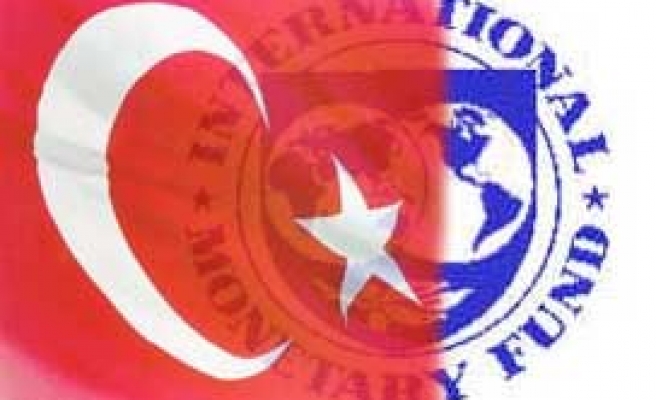 The International Monetary Fund on Friday approved a final review under Turkey's $10 billion loan program a day ahead of its expiration but the IMF said it had not received word whether the government would seek another IMF deal.

The IMF's approval would allow Turkey to drawn down $3.65 billion remaining under the loan arrangement.

The country has borrowed $45.8 billion from the IMF since a 2001 financial crisis and was the fund's last major borrower from a string of crises in emerging economies including Brazil and Argentina, which repaid their IMF debt ahead of schedule.

"The government has not yet communicated to us its decision on its preference for the future course for Turkey-IMF relations," the IMF's mission chief to Turkey, Lorenzo Giorgianni, told a conference call with reporters. "I'm sure the government is considering their options carefully."

Those options, he said, may involve a so-called non-disbursing loan program, or a period of enhanced economic surveillance that includes twice-yearly IMF assessments.

Addressing Turkey's ability to proceed with an IMF program amid heightened external financing risks and rising inflation, Giorgianni said the key was maintaining macroeconomic discipline and advancing structural reforms. "If this is done with or without the IMF, Turkey will continue to enjoy economic success in the period ahead," he said.

The IMF's managing director, Dominique Strauss-Kahn, in a statement, urged Turkey to respond promptly to broadening price pressures "by raising interest rates" and avoiding a premature lowering of rates once inflation begins to subside.

He also called on the authorities to formalize Turkey's medium-term fiscal program by adopting an "explicit" fiscal rule.

"Looking ahead, Turkey's challenge will be to press forward on the reform path to further entrench macroeconomic stability and decisively lift potential growth to facilitate convergence toward EU income levels," Strauss-Kahn said.

The expiration of the Turkey program comes at a time of slowing world growth and recent global financial turmoil that has hit advanced countries but left emerging countries largely unscathed, although slowed overall bank lending.

Global credit market tightening is particularly dangerous for Turkey, which is heavily reliant on external financing.

Turkey has also been plagued by political uncertainty amid a court case aimed at closing the ruling AK Party for alleged Islamist activities that has rattled financial markets.

The political troubles for the ruling party, which has presided over five years of economic growth and political reforms, has raised the prospect of serious political instability in a country seeking European Union membership.

Giorgianni said the political uncertainty in Turkey "puts a premium on discipline policies and continued reforms to secure the confidence of investors going forward".

He said the country had made progress to shock-proof its economy but it now faced "very difficult and unusual circumstances" amid the tighter credit markets, higher global energy and food costs, in addition to domestic political problems.

"It is right the government is weighing all the options it has to buy insurance and to anchor its policies, and whether they will do so in the context of a fund program or in the context of other more home-grown framework, it will be fine, provided that good policies are implemented," he said.