The Managing Director of the International Monetary Fund (IMF) Rodrigo De Rato surprisingly announced on Thursday his plans to resign next October, two years before the end of his term. 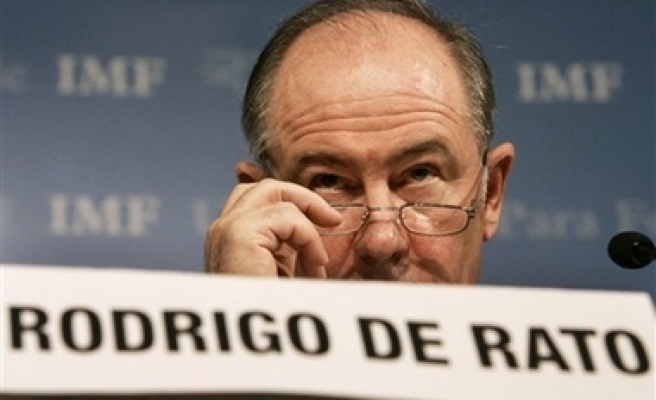 The Managing Director of the International Monetary Fund (IMF) Rodrigo De Rato surprisingly announced on Thursday his plans to resign next October, two years before the end of his term.

"I have taken this decision for personal reasons", said De Rato in a statement following his meeting with the board of directors of IMF.

"My family circumstances and responsibilities, particularly with regard to the education of my children, are the reason for relinquishing earlier than expected my responsibilities at the fund", he added.

In spite of these motives of personal reasons, this step cannot be seen outside the context of decision-making reforms endorsed by IMF in the spring meetings last April and away from the recent shake ups in the sister international organization of the World Bank where Robert Zoellick was just confirmed last Monday as president succeeding Paul Wolfowitz who had to resign mainly after European pressure.

"I hope that my departure can provide an incentive for all of us to work together constructively and effectively with the membership over the next few months to try and accelerate the time table in these areas and ensure that we make significance progress by the time of the annual meetings", added De Rato in his statement referring to the deadline to put these reforms into action and give the developing countries a larger voice in IMF to reflect the new realities in the international economic system.

De Rato, of Spanish origin, took office in June 7, 2004 to serve for five years term succeeding Horst Koehler of Germany, before that Rato was Vice President for Economic Affairs and Minister of Economy in the Spanish government, a platform he used to improve the economic performance of Spain, which gave him a reputation on the international scene. Last Mod: 29 Haziran 2007, 11:43
Add Comment