The opposition Socialist party said "the government's unfair policies are creating unacceptable and dangerous situations, provoking the legitimate revolt of foreigners and those who are defending their rights." 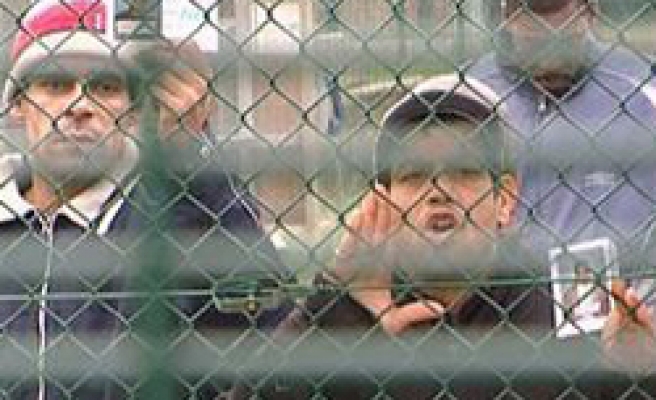 Immigrants awaiting deportation from France to their home countries set fire to their mattresses at a detention centre in Mesnil-Amelot, near Paris's Charles de Gaulle airport, police said in a statement late on Saturday.

The incident follows a more serious fire on June 22 that almost entirely destroyed France's biggest detention centre for illegal immigrants, at Vincennes on the outskirts of Paris, after a protest by people awaiting deportation.

Police said trouble started at the Mesnil-Amelot centre on Saturday after a group defending immigrant rights held a protest just outside the facility, prompting people inside to start their own protest and set fire to several mattresses.

A member of SOS Sans-papiers, the group that held the demonstration outside the centre, said the situation got out of hand inside when police intervened to quell the protest by immigrants. Police did not confirm this.

A Congolese immigrant held inside the Mesnil-Amelot centre told Reuters by telephone there was intense anger because most of the people there had jobs and had been present in France for several years, even if they did not have residency papers.

"We are demanding the release of all the detainees," said the man, who did not wish to be named.

The Mesnil-Amelot centre has already been the scene of clashes between police and immigrants awaiting deportation. There were a series of skirmishes last winter and some of the immigrants went on hunger strike.

The opposition Socialist party said in a statement that Saturday's events were not an isolated incident and there was a "climate of permanent tension" in immigrant detention centres.

"The government's unfair policies are creating unacceptable and dangerous situations, provoking the legitimate revolt of foreigners and those who are defending their rights," it said.

Television footage of the huge blaze at the Vincennes centre on June 22 and of immigrants being bundled into buses by police to be taken to other facilities shocked many people in France and re-ignited a debate about government immigration policies.

President Nicolas Sarkozy came to power in May last year vowing a crackdown on illegal immigration and he has drawn criticism from human rights groups for setting target numbers of deportations, which they say is arbitrary and unfair.

Sarkozy has set a target of 26,000 deportations this year and Immigration Minister Brice Hortefeux says he is on course, with 14,660 illegal immigrants expelled in the first five months of the year -- up 80 percent on the same months in 2007.