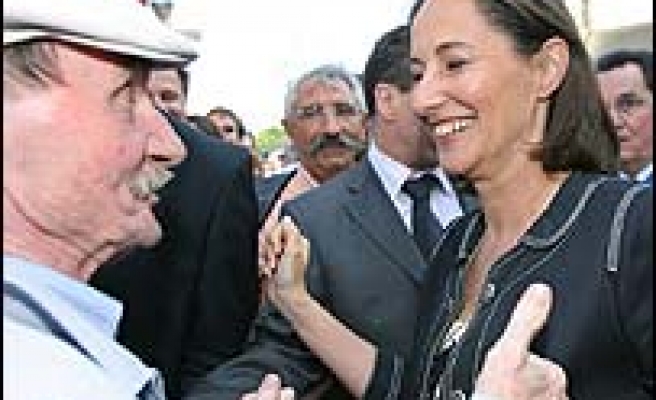 The pair have been vying for centrist voters - whose candidate Francois Bayrou came third in the first round.

In Mr Bayrou's south-western base of Pau, voters at a farmers' market told the BBC how they might vote on Sunday.

During Wednesday's televised debate Segolene Royal behaved in a shameful way. She was discourteous and totally out of order.

She scared everyone - it was like a tsunami. This is not my idea of femininity. There was no softness in her.

She constantly provoked Sarkozy and confirmed my determination to vote for him.

I liked it when Segolene got angry. She is a firm woman. She will defend public sector jobs - in education for instance - rather than boost the police force.

I don't like Sarkozy's ideas on working more to earn more. My boss will want me to work more than 35 hours, and if I refuse he'll sack me.

Segolene is worrying. She's only talking about social issues and boosting benefits. But that's not how to get the country back on its feet.

We are too dependent on welfare: we need to work more. I travel abroad and everyone says we have become a lazy country.

Only one candidate gets this and it is not Segolene Royal.

I voted for Bayrou, and I don't know what I will do on Sunday.

I don't like either candidate: Sarkozy is too excited, Royal is too soft.

Maybe I'll vote blank, maybe I'll choose one at the last moment. It will probably depend on which side of the bed I get out of on the day.

I object to Sarkozy's decision to replace only half of the state employees who retire.

He wants to undermine public services. There are going to be cuts for hospitals and schools.

Plus he has been in power for four years and what he has done is not exactly great.

I chose Bayrou in the first round, but I certainly won't vote for Segolene Royal.

She scares me more than Sarkozy does. Such arrogance! She irritates me so much I did not even watch the debate.

Sarkozy understands that high taxes on employers kill jobs. I had an employee in my shop but I could not afford the charges.

I voted for Bayrou in the first round but I have always been on the left - so I always knew I would vote for Segolene Royal in the second round. The debate did not influence me.

I just found Segolene aggressive, while Sarkozy was posing as a victim. In fact he is arrogant and extremist, and exploits people's fears.