July 13 is observed as Martyr's Day" in Kashmir, the day in 1931 when Hindu king ordered 21 Kashmiri Muslims executed for insurgency. 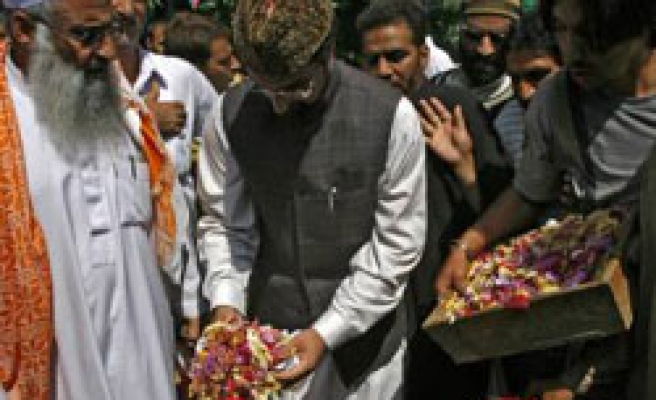 Police in Indian-occupied Kashmir on Sunday admitted there are more than 200 unmarked graves in the Muslim region but insisted the tombs contain dead insurgents and not civilians.

The police statement came days after the European Parliament called on India to launch an inquiry into 940 unmarked graves found by a local group, the Association of Parents of Disappeared People (APDP).

Amnesty International and the Human Rights Watch have also urged New Delhi to determine if any of the graves contain the bodies of those listed as missing by local rights groups.

The graves were found during a two-year survey in the district of Uri, bordering the Pakistani part of the disputed region.

"In Uri, 202 graves have been identified as those belonging to militants, including foreigners, killed during action," a police statement said.

Police say 331 people have died in custody and that 111 have disappeared after being arrested since the insurgency erupted in 1989.

APDP says 8,000 people are missing, most of them after being arrested by Indian security forces.

The insurgency against New Delhi's occupation has left more than 43,000 people dead by official count.

July 13 is observed as Martyr's Day" in Kashmir, and traditionally both independent seekers and pro-Indian Kashmiris commemorate the day in 1931 when Hindu king ordered 21 Kashmiri Muslims executed for insurgency.

The region's main alliance, the All Parties Hurriyat Conference, was scheduled to lead a procession to the graveyard after the daily prayers in Srinagar city.