Indian soldiers shot dead a senior insurgent leader on Monday from Hizbul Mujahideen group, is fighting for the region's merger with neighbouring Pakistan. 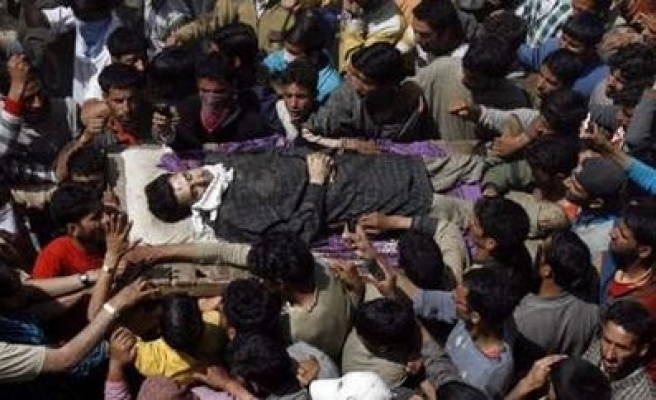 Police said Zahoor Ahmad Waza, financial chief of Hizbul Mujahideen group, was killed along with an associate near Palhalan area, about 30 kilometres (19 miles) north of Srinagar, the summer capital of Jammu and Kashmir.

The killings come weeks after the chief spokesman of the Hizbul Mujahideen was arrested by police in Kashmir where tens of thousands of people have been killed since 1989.

The group, the largest and most active in Kashmir for nearly two decades, is fighting for the region's merger with neighbouring Pakistan.

But people are still killed in daily shootouts by Indian forces.