India’s powerful communists protested on Tuesday against the first port call by a US aircraft carrier to the country, saying Washington was using New Delhi to counter the power of China and Iran. 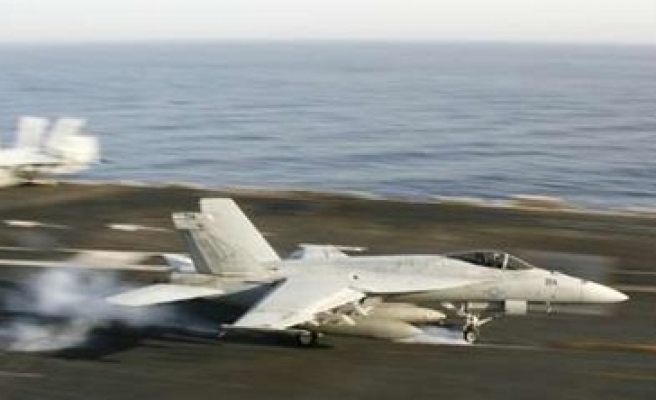 India’s powerful communists protested on Tuesday against the first port call by a US aircraft carrier to the country, saying Washington was using New Delhi to counter the power of China and Iran.

The nuclear-powered USS Nimitz will anchor in the southern port city of Chennai in early July, weeks after a naval strike group led by the ship ended war drills off Iran’s coast in the Persian Gulf.

The visit is the latest sign of closer Indian-US relations after decades of frosty ties. Under Prime Minister Manmohan Singh, diplomatic, trade and military ties between the two countries have expanded.

“We are strongly opposed to this visit and we will take it up with the government,” Nilotpal Basu, spokesman for the Communist Party of India (Marxist) (CPI-M), which provides key outside support to the centrist Congress party-led federal coalition.

“The Americans are in difficulty in Iraq and are not having their way with Iran and are wary of the growing might of the Chinese,” Basu added.

“They are desperate to co-opt India in their overall strategy to contain China and some other countries.”

The CPI(M) and other left parties oppose a perceived pro-US tilt in Indian foreign policy in the past few years, including a controversial civilian nuclear deal between both nations.

Defence Minister A.K. Anthony told reporters there was ”nothing new” in the USS Nimitz’s port call, adding that it was part of New Delhi’s defence ties. But the US embassy in New Delhi has called the visit a “landmark event”.

The government’s communist allies, who have reacted strongly to criticism by US officials of India’s energy ties with Iran, say that the federal coalition must explain the visit.

“The US could be trying to drag India into its wider strategy to contain Iran. Sometimes our government succumbs to US pressure,” D. Raja, national secretary of the smaller Communist Party of India, which also backs the government coalition.

The two countries continue to disagree on how to finalise their civilian nuclear deal and on India’s energy ties with Tehran. Last Mod: 26 Haziran 2007, 13:53
Add Comment