The Indian oil minister was in Pakistan on Thursday for talks on two major cross-border gas pipelines, the first formal contact between the two rivals since a new coalition government took power in Islamabad last month. 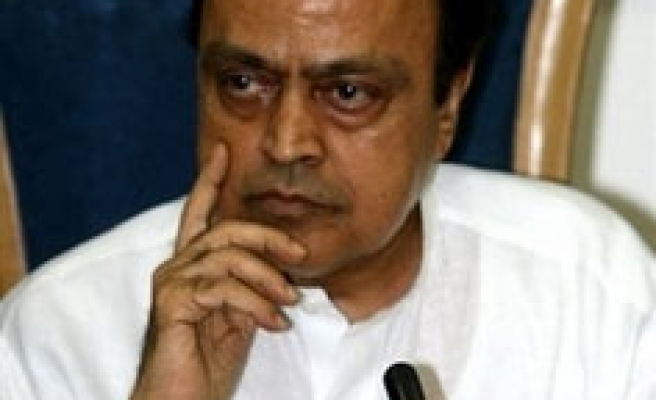 Oil Minister Murli Deora has first focused on a project to build a gas pipeline from Turkmenistan, running through Afghanistan and Pakistan to India. Officials from all four countries were involved in the talks that began on Wednesday.

Deora and Pakistani officials will turn their attention on Friday to an on-off scheme to construct a gas pipeline from Iran, through Pakistan to India.

"We are interested in both the projects as we need gas," Deora told Reuters late on Wednesday.

While the United States supports the concept of a pipeline from Turkmenistan that would help Afghanistan, Washington has tried to discourage Pakistan and India from dealing with Iran.

Both India and Pakistan are under pressure to secure energy supplies needed to fuel economies that rank among the fastest growing in the world.

There has been little economic integration between the two neighbours, who have fought three wars since Pakistan's formation following the independence in 1947, though there is growing recognition business ties will strengthen mutual interest.

Negotiations are more advanced for a multi-billion dollar deal to pipe Iranian gas to India via Pakistan, although pricing is one of the critical issues still to be resolved.

"Pakistan and India will hold discussions on Friday on transit fees and transportation tariff," said an Indian official, who did not rule out chances of a "breakthrough" on past sticking points.

The proposed pipeline from Iran is known as the "Peace Pipeline". Ideas for such a pipeline have been floating for years, but support for the project only revived after India and Pakistan began a peace process in 2004 to end decades of enmity.

Energy cooperation between Iran and India will top the agenda when Iranian President Mahmoud Ahmadinejad visits India next week for his first official visit, a government official told Reuters in New Delhi on Wednesday.

Last October, Pakistani and Iranian officials reached an agreement on details of the project, including provisions for a price review, but India has yet to settle on price.

India dropped out of trilateral meetings on the Iranian pipeline since mid-2007, saying it first wanted to resolve the issues of transit fees and transportation costs with Pakistan.

The proposed pipeline would initially carry 60 million cubic metres (2.2 billion cubic feet) of gas daily to Pakistan and India, half for each country.

The capacity would be raised to 150 million cubic metres at a later stage.

Iran says it would still sign a deal with Pakistan if India decides not to join.

Iran has the world's second-largest gas reserves after Russia. But sanctions, politics and construction delays have slowed its gas development and analysts say Iran is unlikely to become a major exporter for a decade.