The core dispute between the two countries is over Kashmir, the only Muslim state, mainly Hindu India occupied. 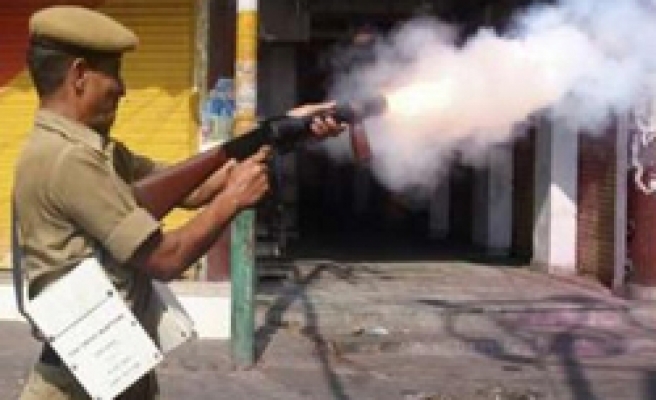 Indian and Pakistani troops traded more fire in the disputed Kashmir region on Tuesday, following a 16-hour clash, military officials said, making it the worst violation of a 2003 ceasefire.

There have been a spate of very localised clashes along the Line of Control (LoC), the de facto border, in the past few months, after a long period of relative calm that followed the start of a peace process between the nuclear armed rivals in 2004.

But the latest firing broke out in Leepa sector of the LoC on Monday, and was continuing intermittently on Tuesday afternoon, according to Pakistani military spokesman Major General Athar Abbas. One Indian soldier was killed.

It was third incident this month alone, and some analysts believe there is a deliberate attempt to destabilise the ceasefire line.

Abbas said the firing began when Indian soldiers tried to set up a forward post and he rejected as "fictitious and unfounded" Indian claims that Pakistani troops crossed into Indian-occupied Kashmir.

"We have material evidence to suggest that the Indian soldiers had crossed the LoC," he said, adding that it would be e shown to the Indians once a flag meeting between the commanders in the sectors was held.

Indian army had blamed Pakistani troops for attacking an Indian post after crossing into its territory.

The clashes in Kashmir border have taken place against a background of strained relations.

The core dispute between the two countries is over Kashmir, the only Muslim state, mainly Hindu India occupied.