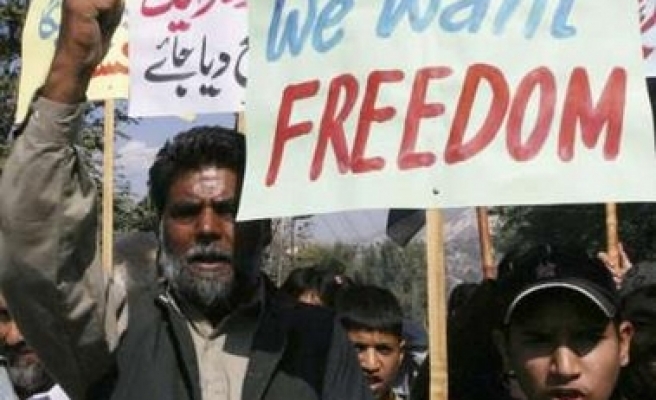 Pakistani television channels are very popular in Muslim-majority Kashmir and cable TV provides the main form of entertainment for people in the troubled region.

More than 50 channels, including three Islamic ones, are usually available, showing news, films and other entertainment in Hindi and English. Some channels also broadcast in the Kashmiri language.

Officials said the cable operators did not have the necessary government clearance to broadcast the channels.

"It is another indication of naked aggression by Indian authorities," read a statement from Kashmir's leader, Syed Ali Shah Geelani.

"Kashmir has religious and cultural links with Pakistan and it is unethical to ban Pakistani TV channels," local newspapers quoted Farooq as saying.

More than 43,000 people have been killed in Jammu and Kashmir, Muslim majority state, since 1989.

Human rights groups put the toll at about 60,000 dead or missing, but the level of violence has fallen since India and Pakistan, which claim Kashmir in full but rule it in parts, began a peace process in 2004.