India to allow US supercarrier to dock 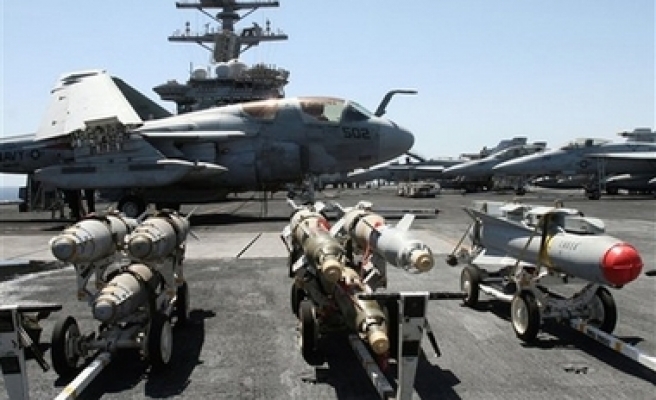 "It is part of our defense cooperation (with the US)," IANS quoted Indian Defense Minister A.K. Antony as saying.

"Ships of various countries visit Indian ports. This (the Nimitz visit) is nothing new," Antony said.

The US is known to have sought permanent docking facilities for its vessels at Indian ports. At present, US and other foreign naval vessels are granted berthing facilities on a case-by-case basis by India.

Nimitz, currently on a six-month deployment to the Arabian Sea, is expected in Chennai in the first week of July to dock for three to four days.

Eighteen stories high from its keel to the bottom of its mast, with a flight deck area of 4.5 acres and a crew of 5,680, Nimitz will be the largest US vessel of its class to call at an Indian port. Last Mod: 25 Haziran 2007, 16:14
Add Comment