India to give $450 million to Afghanistan

On Monday, both countries agreed to strengthen trade ties and fight against the Taliban's influence, officials said. 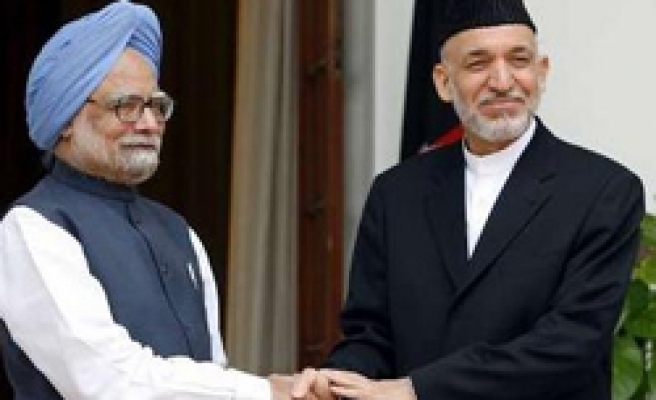 India announced fresh aid of $450 million to Afghanistan for development projects on Monday.

"We will allocate an additional amount of $450 million over the $750 million announced so far to effectively meet the requirement of our ongoing and forthcoming projects,"
Indian Prime Minister Manmohan Singh said.

New Delhi was a key backer of Afghan forces led by the Northern Alliance which, along with the U.S. military, overthrew the Taliban, previously aided by Pakistan.

India is now involved in training Afghanistan's police and diplomats, building roads and hospitals, and supporting trade and services.

On Monday, both countries agreed to strengthen trade ties and fight against the Taliban's influence, officials said.

"Together India and Afghanistan are facing challenges of terrorism," Karzai said, referring to recent bomb attacks in Indian cities.