Indian foreign secretary to discuss nuclear deal in US

Indian Foreign Secretary Shivshankar Menon is to hold talks here Tuesday about a landmark nuclear cooperation deal with the US. 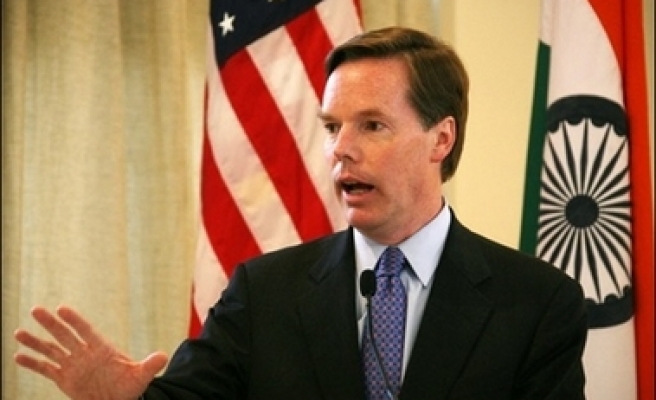 Indian Foreign Secretary Shivshankar Menon is to hold talks here Tuesday about a landmark nuclear cooperation deal with the US.

The civilian nuclear agreement "is one of the issues which will be discussed tomorrow (Tuesday)" in talks with US Under Secretary of State for Political Affairs Nicholas Burns, embassy press attache Rahul Chhabra told AFP.

Menon, who arrived in Washington on Sunday, launched two days of talks here on Monday, meeting first with US under secretary of state for global affairs and democracy Paula Dobriansky.

All eyes are on Tuesday's discussions, following US admissions earlier this month that Washington is becoming frustrated with the pace of the talks.

US State Department spokesman Sean McCormack said Monday that the United States would like to rapidly finalize the landmark civilian nuclear deal struck in July 2005.

"We will get this deal done," McCormack said. "I think the meetings coming up over the next couple of weeks will give us a good indication of how quickly a deal can get done."

Tuesday's talks will focus on the accord under which India won access to US nuclear fuel and technology for civilian use without requiring New Delhi to sign the nuclear non-proliferation treaty as required by US law.

The nuclear energy deal is the centerpiece of India's new relationship with Washington after decades of Cold War tensions and is part of New Delhi's efforts to expand energy sources to sustain its booming economy.