Indian, Pakistani FMs to meet in summit of SAARC

Foreign ministers of eight South Asian countries are meeting in Colombo to set the stage for an Aug. 2-3 summit of their leaders that will discuss, among other issues, terrorism and food and energy security. 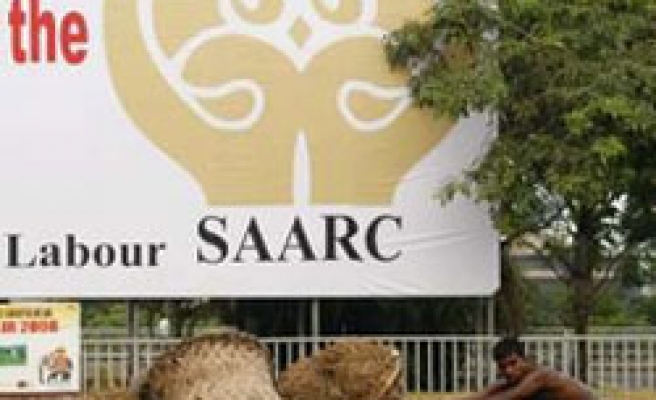 The foreign ministers of India and Pakistan will meet on the sidelines of a South Asian summit on Thursday amid an escalation in border skirmishes and bomb attacks on Indian cities that threaten a sluggish peace process.

Foreign ministers of eight South Asian countries are meeting in Colombo to set the stage for an Aug. 2-3 summit of their leaders that will discuss, among other issues, terrorism and food and energy security.

"They will meet sometime in between the SAARC foreign ministers' meeting," A. Manickam, a top Indian diplomat in Colombo, told Reuters.

Manickam gave no details of the agenda of the meeting between the Indian and Pakistani foreign ministers.

But a senior diplomat said Indian foreign minister Pranab Mukherjee is expected to send a strong message to Pakistan to do more to curb anti-India groups in Pakistan.

The meeting comes after a series of violations of a five-year-old ceasefire on the de facto border dividing the disputed Kashmir region. There have been three exchanges of border fire this month alone, marking the most serious violation since a 2003 ceasefire.

Pakistan has rejected the charge over Kabul attack and said peace talks were "on track", and that India was pointing an accusing finger without any evidence.

India said after the attack that the four-year-old peace process with Pakistan was "under stress".

The two countries' security issues are likely to yet again cloud the summit agenda of the South Asian Association for Regional Cooperation or SAARC, which was formed in 1985 to boost the region's economic growth but has remained a talking shop.