Indian and Pakistani soldiers exchanged fire on Thursday across the de-facto border dividing the disputed region of Kashmir, a Pakistani military spokesman said. 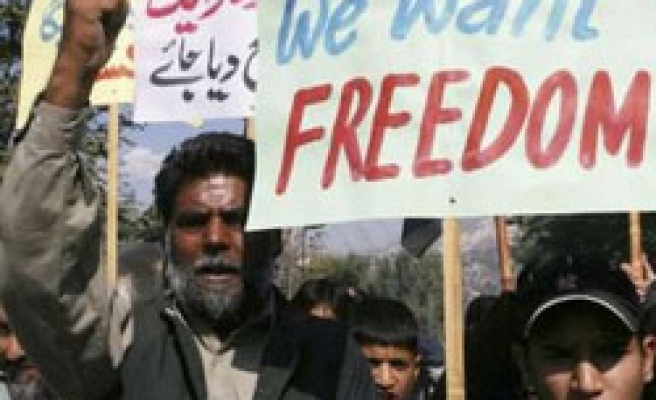 Indian and Pakistani soldiers exchanged fire on Thursday across the de-facto border dividing the disputed region of Kashmir, a Pakistani military spokesman said, but he said there were no casualties on the Pakistani side.

There have been a spate of minor violations of a ceasefire in in recent months.

Firing across the so-called Line of Control used to be commonplace in bygone years, but became more rare after India and Pakistan agreed to a ceasefire in late 2003 prior to beginning a peace process in January 2004.

"Our side retaliated with an equal amount of fire," Abbas said.

He said the local Pakistani commander contacted his Indian counterpart to protest, call a halt to the firing, and request a flag meeting. The Pakistani director of military operations also called for a flag meeting, he said.

"There was no loss of life on our side," Abbas said.

Last month two Pakistan soldiers were killed and two wounded in a clash on the border. The Pakistani military initially blamed "unknown miscreants".

An Indian soldier was killed in May, though Pakistan denied any firing took place. India said there were at least three violations of the ceasefire in May.

Relations between the neighbours, which have fought three wars since 1947 and nearly went to war a fourth time in 2002, have improved although they have made no significant progress in resolving their dispute over Muslim-majority Kashmir.

The next round of talks in the peace process are scheduled to be held in New Delhi on July 21.

Muslims have been battling Indian occupation in Indian-controlled Kashmir since 1989.