U.N. officials have said the alleged incidents took place in North Kivu province, where U.N. troops have been policing a shaky ceasefire between rival rebel and militia factions and government troops. 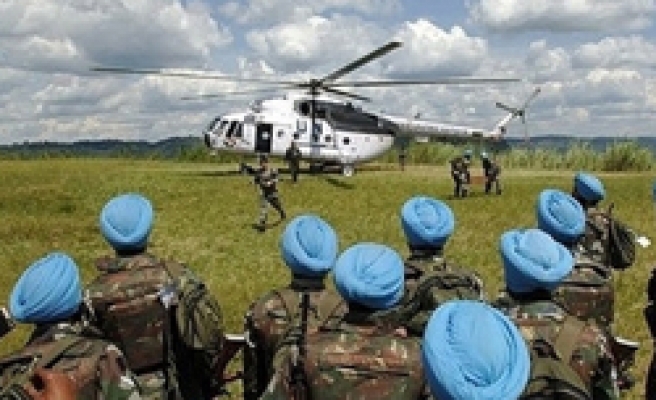 An internal U.N. investigation has found evidence that some Indian peacekeepers may have engaged in "sexual exploitation and abuse" in Congo, U.N. Secretary-General Ban Ki-moon said on Tuesday.

In a statement issued by his spokeswoman's office, Ban said he was "deeply troubled" by the outcome of the U.N. investigation and said "disciplinary action to the maximum degree permitted by Indian law should be taken as soon as possible against those found to be involved."

The Indians were previously stationed in the Democratic Republic of the Congo as part of the United Nations' MONUC peacekeeping force, the statement said.

It added that the Indian government assured the United Nations it would investigate the charges and, if true, "strict and exemplary action" would be taken against anyone involved.

The statement contained no details about the suspected "sexual exploitation and abuse." Aid workers in Congo, who asked not to be identified, said in May that the inquiry was focusing on Indian U.N. peacekeepers accused of paying for sex with underage girls in the country's violence-torn east.

U.N. officials have said the alleged incidents took place in North Kivu province, where U.N. troops have been policing a shaky ceasefire between rival rebel and militia factions and government troops.

India is a major contributor to U.N. peacekeeping forces.

The allegations surfaced after the U.N. mission in Congo came under heavy scrutiny due to a report by Human Rights Watch earlier this year, which accused it of covering up allegations of Indian and Pakistani troops' involvement in alleged arms and gold smuggling in eastern Congo.

Last month the U.N. mission in Congo said it was investigating an Indian peacekeeping officer accused of showing support for Tutsi rebels in the east.

The vast majority of MONUC's nearly 18,000-strong force is based in Congo's east, which has remained a violent patchwork of rebel fiefdoms and militia-controlled areas despite the official end of a 1998-2003 war. It was deployed in 2000.

More than 100 U.N. peacekeepers and personnel have been killed attempting to bring peace to the vast, mineral-rich central African nation.

Experts estimate Congo's 1998-2003 war and the humanitarian catastrophe it spawned have killed 5.4 million people, mostly from hunger and disease linked to the violence. That would make it the deadliest conflict since World War Two.