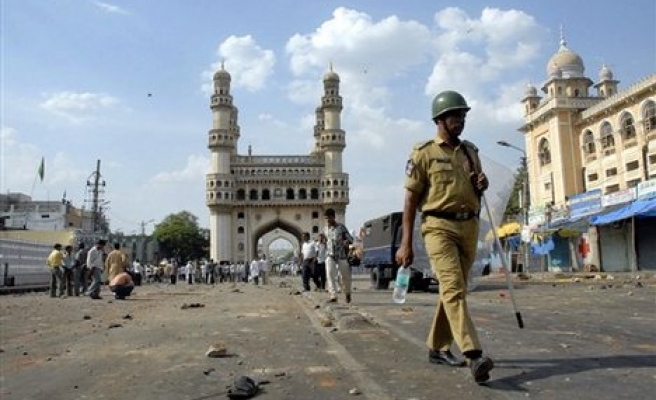 Indian Prime Minister Manmohan Singh Friday condemned the twin bomb blasts at the historic Mecca Mosque in Southern Indian city of Hyderabad in which five people were killed and 15 injured and appealed to members of all communities to maintain peace and harmony.

"The Prime Minister, Dr. Manmohan Singh, has condemned the bomb blasts in Hyderabad and has urged members of all communities to maintain peace and communal harmony. He expressed his condolences to the relatives of the victims, '' the Prime Minister's Office said in a statement at Delhi this evening. The twin blasts at the Mecca mosque at Hyderabad in which five got killed appeared to have been triggered by remote control. The blasts took place while Friday prayers were on. Nearly 1,000 had gathered for the prayers. The injured have been rushed to Osmania Hospital in Hyderabad. Last Mod: 18 Mayıs 2007, 19:12
Add Comment