Indian prisoner admits he was spy in Pakistan

An Indian who insisted he was not a spy during more than three decades on Pakistan's death row has admitted he was a secret agent after his return to his home country, a report said on Friday. 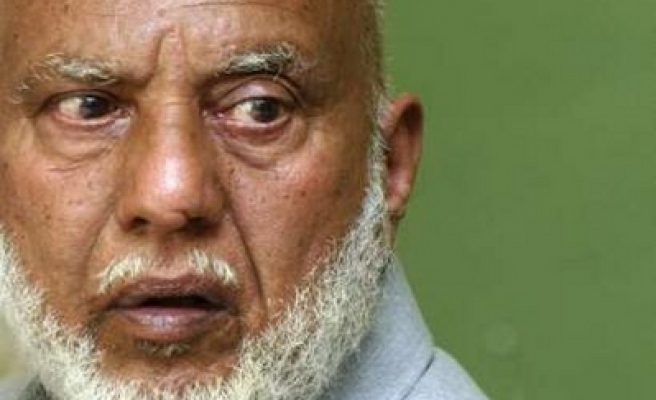 Kashmir Singh, 61, was freed by Pakistan after 35 years at the urging of its human rights minister and crossed the border to India on Tuesday, where he was given a hero's welcome and showered with rose petals.

'I was a spy and did my duty,' admitted Singh, the Press Trust of India news agency reported, adding he was paid about 400 rupees (10 dollars) a month for his work.

'I went to serve the country,' he told reporters in Chandigarh, the capital of northern Punjab state, but declined to say which Indian agency employed him and how he entered Pakistan.

'Even Pakistan authorities failed to get this information from me,' he said.

Singh, who hails from a village in Punjab, criticised the Indian government for failing to help him after he was caught in 1973, the report said.

Singh was arrested in the garrison city of Rawalpindi at the age of 26 and sentenced to death by a military court.

But he became lost in the system until Pakistan human rights minister Ansar Burney discovered Singh in jail following a tip-off this year.

Burney has said Singh became 'mentally disabled' after spending three-and-a-half decades without ever seeing the sky or receiving a single visitor.

Musharraf expressed 'shock and disbelief' when informed about the case and accepted a mercy petition before issuing orders for Singh's release and repatriation, according to the minister.

Singh met with India's paramilitary Border Security Force and intelligence agencies for a 'debriefing' upon his return, reports said.

Nuclear-armed Pakistan and India have fought three wars since their independence in 1947 but launched a slow-moving peace process in 2004.

They have recently held a series of prisoner exchanges, mainly of fishermen who were detained after straying into each others' territorial waters.