An indictment by a prosecutor for the closure of the ruling AK Party cites a number of false news reports that have already been refuted. 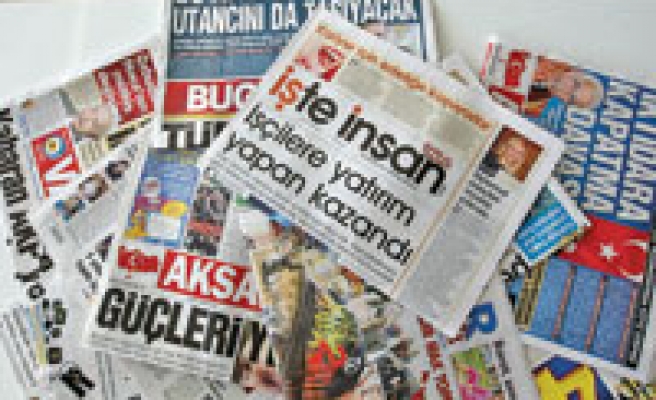 An indictment submitted to the Constitutional Court by a prosecutor for the closure of the ruling Justice and Development Party (AK Party) cites a number of false news reports that have already been refuted.

Supreme Court of Appeals Chief Prosecutor Abdurrahman Yalçınkaya filed a demand with the Constitutional Court on Friday that Prime Minister Recep Tayyip Erdoğan's governing AK Party be disbanded because it had allegedly become a focal point of anti-secular activities. He drew up a 162-page indictment and listed news stories that included statements and implementations attributed to AK Party mayors, such as an alcohol ban overturned by the Council of State and the construction of gender-segregated parks, as evidence for the charges. However, a number of the news stories cited are in fact unfounded.

The indictment references a story first aired on private Show TV and also covered by some Turkish newspapers, including dailies Cumhuriyet and Milliyet, regarding a headscarf-wearing woman reportedly working at a high school in İstanbul as the headmaster's secretary. However an investigation revealed that the woman was not a secretary but a janitor.

Also cited by the prosecutor is a news item including remarks made by professor of theology Hayrettin Karaman -- who has no ties with the ruling AK Party -- on inheritance in Islam. Karaman allegedly spread Shariah law propaganda in his remarks aired on a Turkish Radio and Television Corporation (TRT) station in 2005. Republican People's Party (CHP) İzmir deputy Enver Öktem filed a criminal complaint against Karaman, but the Ankara Chief Public Prosecutor's Office ruled Karaman's remarks were not of a criminal nature.

Yalçınkaya also included in his indictment an excerpt from a speech delivered by Erdoğan during a visit to Malaysia in 2003: "Turkey, as a modern Islamic country, can stand as example of the alliance of civilizations." However Turkey's top prosecutor did not mention in his indictment that Erdoğan also stressed during his speech that Turkey could by no means have an Islamic revolution.

The indictment also references a speech by Erdoğan stating that the headscarf should not be banned at universities even if it is a political symbol, and amendments made to two articles in the Constitution to put an end to a nearly two-decade-long ban of the headscarf on university campuses. Parliament approved the two constitutional amendments that eased the ban in early February.