A spokesman from the Muslim group said that "We have to stop this or else the same thing as in East Timor will happen." 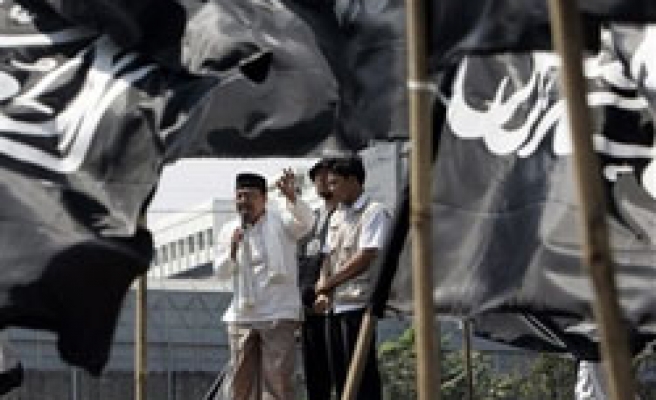 Indonesian Muslims group rallied outside the U.S. embassy in Jakarta on Saturday to protest against a letter sent by U.S. Congress members calling for the release of two jailed Papuan separatists.

The letter from 40 members of the U.S. Congress to President Susilo Bambang Yudhoyono calls for the "immediate and unconditional release" of the two men.

Filep Karma and Yusak Pakage were sentenced for 10 and 15 years respectively for raising a separatist flag in December 2004 in the restive province of Papua. The letter also said it believed Papua's human rights situation was deteriorating.

"This is a matter for Indonesia and the letter reflects U.S. intervention against Indonesia's sovereignity," Farid Wadji, a spokesman from the Muslim group, Hizbut Tahrir Indonesia, told Reuters Television.

"We have to stop this or else the same thing as in East Timor will happen," in Papua, Wadji said. East Timor won independence from Indonesia in a vote organised by the United Nations in 1999.

Independence activists in Papua have waged a campaign for nearly 40 years to break away from Indonesia, while a low-level armed rebellion has also simmered.