Hundreds of Indonesian villagers and health workers took part in a massive drill here Friday to prepare for a potentially devastating outbreak of human-to-human bird flu. 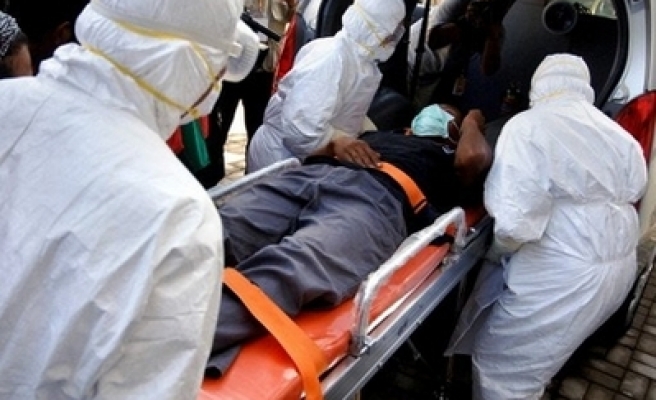 The largest bird flu drill ever held in Indonesia, the country worst hit by the virus, involved the simulated outbreak of a pandemic which experts say could rapidly spread across the globe killing millions of people.

"This is the biggest drill in Indonesia. The objective is to test the preparedness of bird flu officials to manage an outbreak in case it happens," health ministry disease control chief I Nyoman Kandun told reporters.

The three-day drill began at Tukaddaya village outside Jembrana, 80 kilometres (48 miles) west of Denpasar on the resort island of Bali, with a man presenting himself to a clinic with the symptoms of deadly avian influenza.

Health workers initially think he has been in contact with infected chickens -- until now the main way the virus has been caught by humans -- but the man explains that he has not been handling birds at all.

The virus is traced to another man in the village and health workers have to confront their worst fear -- the first outbreak of bird flu being transmitted from human to human.

The village is sealed off, birds and ducks are slaughtered and officials scramble to find and isolate other victims as they present themselves.

Villager I Wayan Nerken, 51, whose role in the drill was to report the sudden "death" of one of his chickens, said the exercise was "very useful."

"So far the information that we've got about bird flu has been limited to what we've seen on television. We don't really understand (how to act) when an infection happens," he told AFP.

"Before this I didn't know that we're not supposed to handle the carcasses when chickens die suddenly."

Some real residents of Tukaddaya fled as the simulation began, not out of concern for bird flu but just at the sight of all the officials, journalists and foreign observers descending on their quiet village.

More than 50 foreigners including 14 diplomats are taking part in the exercise, which is being covered by more than 50 local and international journalists.

So far the deadly H5N1 strain of the virus has shown no ability to spread efficiently and sustainably among humans, but experts fear it could mutate into such a form at any time, triggering a devastating global pandemic.

Indonesian experts believe up to 60 million people could be infected in Indonesia alone in the event of a human-to-human outbreak.

Indonesia is the country worst hit by bird flu, with 107 people known to have died from the disease, 13 of them this year.