A top Indonesian prosecutor in the Attorney General's office was charged on Tuesday with taking bribes in a widely-followed case that highlights the challenge of tackling graft in one of the world's most corrupt countries. 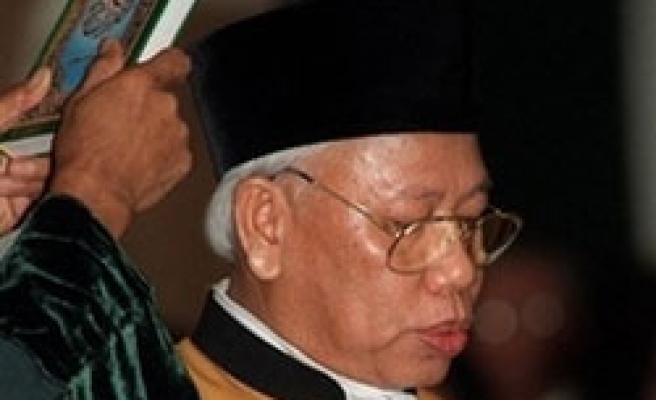 Urip Tri Gunawan faces a maximum jail sentence of 20 years for allegedly accepting $660,000 in cash after his office dropped an investigation into the former banking business of tycoon Sjamsul Nursalim.

The Urip case, as it is known in Indonesia, has turned into a major scandal.

President Susilo Bambang Yudhoyono, who was elected in 2004 on promises to tackle corruption, has ordered Attorney General Hendarman Supandji to clean up his office amid calls for the Attorney General's resignation.

Gunawan had led the prosecutors' investigation into alleged misuse of Bank Indonesia's liquidity fund by a former bank owned by Nursalim. The funds were used to provide support to the banking system during the 1997-98 Asian financial crisis.

Officials from the Corruption Eradication Commission (KPK) said they caught Gunawan carrying a large amount of cash after a meeting with Artalyta Suryani, a friend of the Nursalim family, in March one week after he had called off the investigation.

Sarjono Turin, the prosecutor in Jakarta's corruption court, said that Urip had "accepted a gift of $660,000 in cash" after he had updated Suryani on the dropping of the case. Suryani is also being tried for paying bribes.

Suryani and Gunawan have denied giving and taking bribes, according to local media reports.

Indonesia, often ranked as one of the most corrupt countries in the world, appears to be stepping up its pursuit of corruption cases.

During Yudhoyono's presidency, several high-ranking officials ranging from a former religious affairs minister to a former governor of Aceh province have been jailed, although critics say that some of the worst cases of graft have yet to be tackled.

The Attorney General said recently that his office was discussing how to retrieve stolen assets from abroad with the World Bank and the United Nations.