Indonesian Muslims demanded on Tuesday the government disband an American trained special anti-terror unit, saying it was a tool of the United States to fight Islam. 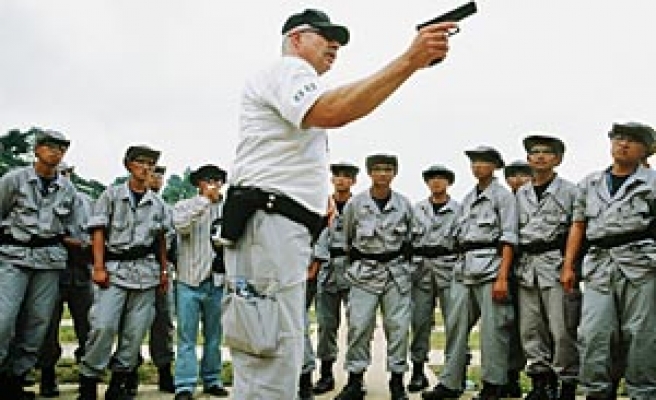 Indonesian Muslims demanded on Tuesday the government disband an American trained special anti-terror unit, saying it was a tool of the United States to fight Islam.

"We call on the Indonesian government to stop cooperation with the United States and its allies in the global war on terror," Kholil Ridwan, a spokesman for the Islamic Community Forum, told a news conference.

"The United States war on terror, with the help of its sheriff, Australia, and deputy sheriff, Singapore, is a war against Islam," Ridwan said.

Indonesia is a key regional ally in the U.S.-led "war on terror" and looks to America for trade and investment.

But many of President George W. Bush's policies, especially in the Middle East, are unpopular in the world's most populous Muslim country.

A team of 13 lawyers will file a lawsuit demanding Detachment 88 be disbanded on behalf of Muslim activists who had been wrongfully arrested, said one of the lawyers, Munarman.

"I advise all police officers who are Muslim not to join Detachment 88, because doing so will make you apostates," he told the same conference.

"We know that Detachment 88 is a tool of Americans and Jews and any Muslim who helps infidels is an apostate," he said.

Indonesia is the world's fourth most populous country, about 85 percent of whom follow Islam.