The sharia banking law allows foreigners to establish sharia banks in partnership with Indonesian citizens or local entities and also offers commercial banks the option of converting their business into sharia-compliant banks. 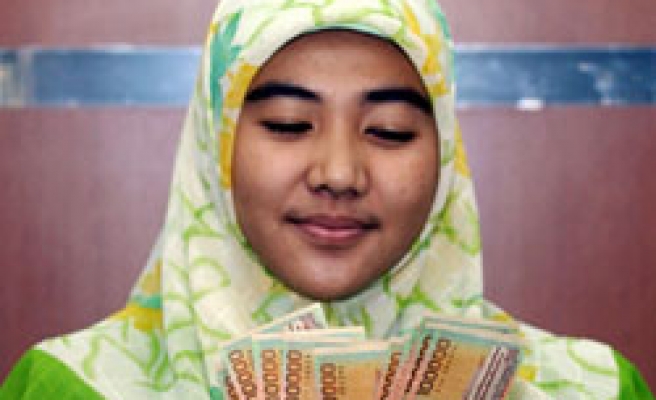 Indonesia's parliament passed a new sharia or Islamic banking bill into law on Tuesday in a bid to tap the potential of the Islamic finance sector in the world's most populous Muslim nation.

The sharia banking law allows foreigners to establish sharia banks in partnership with Indonesian citizens or local entities and also offers commercial banks the option of converting their business into sharia-compliant banks.

Around 85 percent of Indonesia's population of 226 million people are Muslim. But Southeast Asia's largest economy has been slow to tap the fast-growing Islamic finance market.

"We hope this law can increase the turnover of sharia banking in Indonesia ... By 2013, sharia banking is expected to reach 5-10 percent of market share, compared to 2 percent currently," said legislator Dradjad Wibowo.

Wibowo, also a well-known economist, said the law would help sharia banks increase loans to sectors with small collateral that are unable to receive loans from conventional banks, such as small and medium enterprises (SMEs).

Sharia, or Islamic law, bans payment of interest, allowing money to be earned only from physical assets. It also bars investment in alcohol, tobacco or gambling.

The country's Islamic banking industry is still less than 5 percent of the total assets of Indonesia's domestic banks. That compared with a ratio of more than 12 percent in Malaysia.

Until now, HSBC is the only foreign bank which has sharia operations in Indonesia, but there are several domestic banks with sharia-compliant operations, in anticipation of a growing domestic market and to draw investments from oil-rich Middle East countries.

Bahrain-based Islamic lender Albaraka Banking Group BARKA.BH (ABG) has also opened an office in Indonesia, as it seeks to stay ahead of rivals in tapping the growing global appeal of Islamic banking.

Global Islamic assets are growing at an annual pace of 20 percent and are set to hit $2 trillion in 2010 from the current $900 billion, thanks to a flood of petrodollars, Ernst & Young said in February.