Two wars and a decade of sanctions have led to a huge rise in the mortality rate among young children in Iraq, leaving statistics that were once the envy of the Arab world now comparable with those of sub-Saharan Africa. 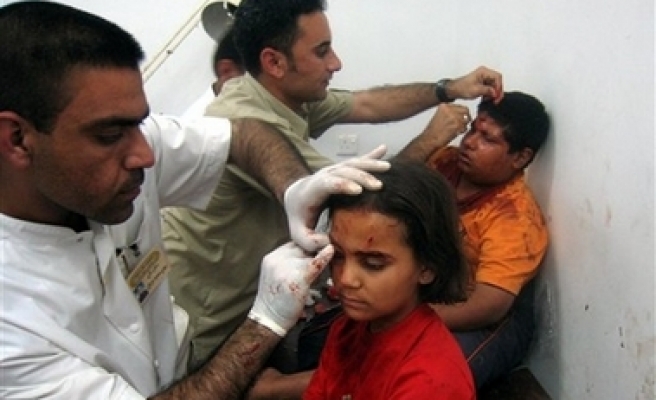 Two wars and a decade of sanctions have led to a huge rise in the mortality rate among young children in Iraq, leaving statistics that were once the envy of the Arab world now comparable with those of sub-Saharan Africa.

A new report shows that in the years since 1990, Iraq has seen its child mortality rate soar by 125 per cent, the highest increase of any country in the world. Its rate of deaths of children under five now matches that of Mauritania.

Jeff MacAskey, head of health for the Save the Children charity, which published the report, said: "Iraq, Botswana and Zimbabwe all have different reasons for making the least amount of progress on child mortality. Whether it's the impact of war, HIV/Aids or poverty the consequences are equally devastating. Yet other countries such as Malawi and Nepal have shown that despite conflict and poverty child mortality rates can be reversed."

Figures collated by the charity show that in 1990 Iraq's mortality rate for under-fives was 50 per 1,000 live births. In 2005 it was 125. While many other countries have higher rates - Angola, Somalia and the Democratic Republic of Congo, for instance, all have rates above 200 - the increase in Iraq is higher than elsewhere.

Egypt, Indonesia and Bangladesh have made the most progress in tackling child mortality, while Iraq, Botswana and Zimbawe have regressed the most.

Sanctions against Saddam Hussein's regime were imposed by the UN in 1990 after Iraq's invasion of Kuwait and remained in place until after the coalition invasion in 2003. The sanctions, encouraged by the US as a means to topple Saddam, were some of the most comprehensive ever put in place and had a devastating effect on Iraq's infrastructure and health services.

Precisely how many children died because of sanctions is unknown but a report in 1999 from the United Nations Children's Fund (Unicef), suggested that between 1991 and 1998 an additional 500,000 died.

Denis Halliday, who resigned as the UN's humanitarian coordinator in protest at the sanctions, said at the time: "We are in the process of destroying an entire society. It is as simple and terrifying as that. It is illegal and immoral."

Kathy Kelly, an anti-war campaigner with Voices in the Wilderness, said last night: "The punishment of children through the economic and military war against Iraq has been the greatest scandal."

Save the Children's report, State of the World's Mothers 2007, found the majority of child deaths occur in just 10 countries - either those with large populations such as India and China, or those with sparse health services such as Afghanistan and Angola. Aids remains one the central factors affecting mortality rates.

"More than 10 million children under age five still die each year. That's almost 28,000 a day, almost all in developing countries," said the charity's US president, Charles MacCormack. "Vaccines, oral rehydration therapy and insecticide-treated mosquito nets are not expensive. Yet, sadly, many mothers and children lack access to these life-saving measures."

Nine of the 10 countries with the worst infant mortality rates are in sub-Saharan Africa. The other one is Afghanistan, which has the second-worst rate.