Cameraman Guray Ervin said that some 10-15 soldiers sprayed their car with weapons for at least 4-5 minutes and than they shouted at soldiers that they were journalists. 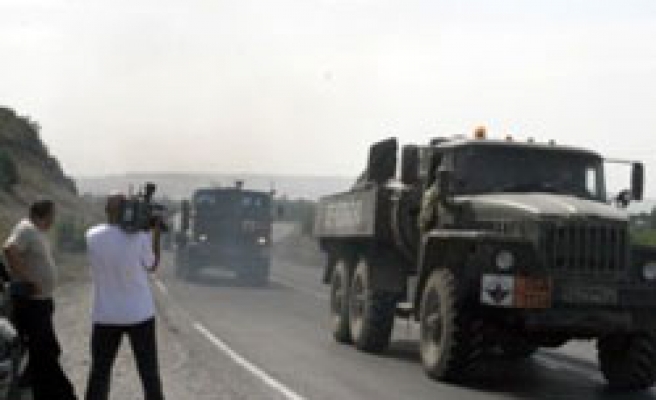 Two Turkish journalists who were injured in an armed attack South Ossetia while covering the clashes in Caucasus, have been brought back to Turkey.

Cameraman Guray Ervin and reporter Levent Ozturk from a private Turkish TV channel were taken to a hospital in Istanbul.

Ervin told the A.A, "together with two journalists from another Turkish news channel , we hired a vehicle and left for South Ossetia to cover the developments. We safely passed four checkpoints. When we came closer to Tshinvali, we heard sound of a gunshot. I was driving the car. I saw that Levent was injured in his head. He was seriously bleeding. Some 10-15 soldiers sprayed our car with weapons for at least 4-5 minutes. I could not move the vehicle since the engine broke down. We shouted at soldiers that we were journalists. We also took our t-shirts off and waved them out of windows. Some 4-5 minutes later, soldiers approached us. They took us out of the vehicle at gunpoint and sent us to a hospital in Tshinvali by an ambulance."