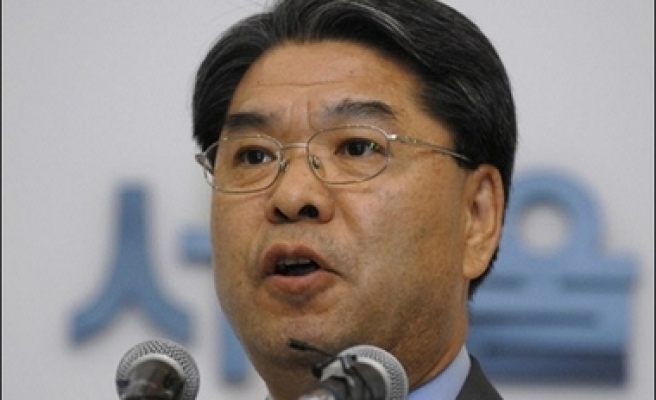 After four days of high-level talks, the two sides issued a four-sentence statement that set no date for the next ministerial meeting.

The South's Unification Ministry had said earlier in the day that no joint statement would be issued.

The two sides said only that they "have sufficiently presented their positions and held sincere discussions on fundamental and actual matters linked to progress in inter-Korean relations."

They agreed "to continue to further examine ways to boost reconciliation and cooperation between the two Koreas and peace on the Korean peninsula," the statement said.

"I am thankful that we can hold a closing meeting," said the South's chief delegate, Unification Minister Lee Jae-Joung, before reading the statement.

Earlier in the day Lee's talks with his Northern counterpart Kwon Ho-Ung made no progress and his ministry described the mood as "not good."

The South has refused to make its first shipment of much-needed rice aid until the nuclear-armed North begins honouring a six-nation disarmament deal reached in February.