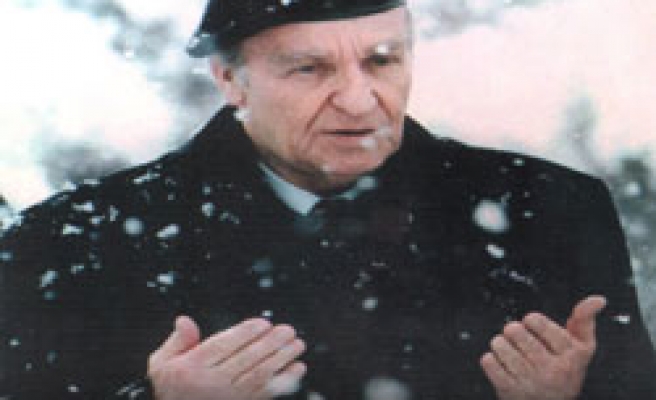 Alija Izetbegovic, the first president of Bosnia, was one of the most important state ministers and thinkers. Alija, called "wise king", lived as an great example to both his nation and the rest of the world.

There will be symposium, exhibition and movies. Alija's son, Bakır Izzetbegovic is expected to attend the symposium along with many academicians and scientests from Turkey, Bosnia and Europe.

Participants will talk about him as both a politician and a thinker during two day- symposium. The last session, called "testimonies", will include explanations of friends of Alija and journalists which had seen Bosnia war.

Lokman Cagrici, mayor of Bagcilar, said that "we do our historical duty to Alija and Bosnia. Alija is also from Istanbul as much as from Bosnia. "

He also added that "Turkish people are interested in Alija's life. This is because Alija give a good lesson to world in Bosnia War. And some of Alija's family belong to Turkey."

FOURTH SESSION - "Between East and West"

selamun alejkum from a muslim kosovar it would be needful to get more detailed information about this symposium(entrance ect,) any help from you is so much importanat.

selam alejk from bosnian muslim. very good initiative, since politicians in bosnia have forgotten contributions of alija izetbeg.thanks to our brother nation of turkey, and salam to all of muslims around the world,and to brother in kosovo