The special rapporteur John Dugard said ahead of the Quartet meeting in Berlin tomorrow, accused the group of taking action against Hamas gov't instead of Israel. 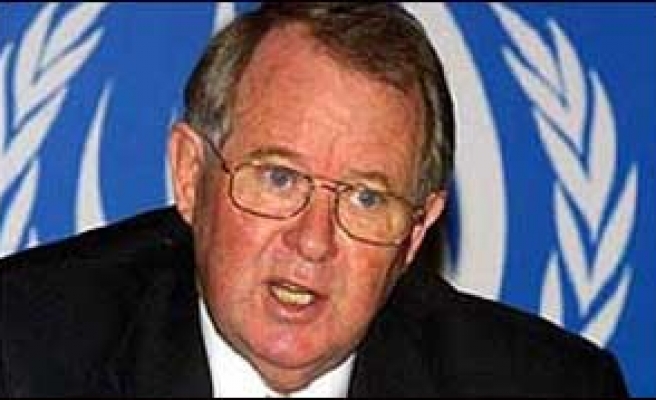 The Special Rapporteur on the situation of human rights in the Occupied Palestinian Territory, John Dugard in a statement ahead of the Quartet meeting in Berlin tomorrow, accused the group of largely ignoring this and "instead takes action against the Palestinian Authority, as a result of democratic elections in 2006 which brought Hamas to power."

Tomorrow, he said, the Quartet, comprising the UN, the EU, the United States of America and the Russian Federation, meets in Berlin to review the situation in the Occupied Palestinian Territory and to advance the peace process between the Israelis and Palestinians. He added that the quartet meets at a crucial time in the history of the region as there are indications that the events of last summer are likely to be repeated.

"Already we have seen an intensification of Israeli air strikes into Gaza killing over 50 people and injuring 180, many of whom are civilians, including women and children. This is in response to over 270 rockets fired by Palestinians into the Israeli town of Sderot and the surrounding areas. These rockets have killed two Israelis and injured 16," he said.

"So does Israel's response as it fails to distinguish between civilians and combatants and is a disproportionate use of force. Extrajudicial killings of the kind undertaken by Israel are illegal under international humanitarian law and seem to even fail to meet the minimum requirements for such action laid down by Israel's own Supreme Court in December 2006," he stressed.

"Still in prison without any action"

Dugard added that as last year, Israel has reacted to Palestinian action by arresting over 30 Palestinian members of Hamas, including two Palestinian Authority Cabinet Ministers, several legislators and the mayors of Nablus and Qalqiliya.

"Over 40 of those arrested last year still remains in Israeli custody with no prospect of release or being brought to trial. Arrests of this kind are clear acts of collective punishment, in violation of the Geneva Conventions, and undermine the peace process," he said.

Dugrad stressed that these acts must be seen in the context of ongoing violations of human rights by Israel in the Occupied Palestinian Territory.

According to Dugard, some 549 road blocks in the West Bank obstruct Palestinian freedom of movement. Israel continues to withhold taxes and thereby to promote a humanitarian crisis in the Palestinian territory.

"Quartet must treat equally both parties"

"In short Israel remains in serious violation of human rights law and international humanitarian law. Strangely, the Quartet largely ignores this and instead takes action against the Palestinian Authority, as a result of democratic elections in 2006 which brought Hamas to power," he stressed. Dugard noted that peace and respect for human rights cannot be brought to the region unless the international community intervenes to persuade, and if necessary, to compel both Israelis and Palestinians to seriously address the issues that stand in the way of an independent Palestinian state.

"The Quartet is the body chosen by the Security Council of the United Nations for this task. It cannot achieve anything unless it approaches both parties in a fair and even-handed manner. This requires it to treat both parties equally and to accord equal recognition and standing to both parties," he said.

Dugard said that the full recognition of the Palestinian Government of National Unity is therefore an indispensable requirement to further peace.

"This means the recognition of both Hamas and non-Hamas members of the Palestinian Government of National Unity. In order to prevent another season of violence and to protect human rights in the region, the Quartet must intervene immediately in a fair and even-handed manner," stressed Dugard. Last Mod: 29 Mayıs 2007, 17:15
Add Comment