Seventh Edition of the International Short, Documentary and Animated Film Festival Dokufest is organized in August in the picturesque and historical town of Prizren which attracts numerous international and regional artists. 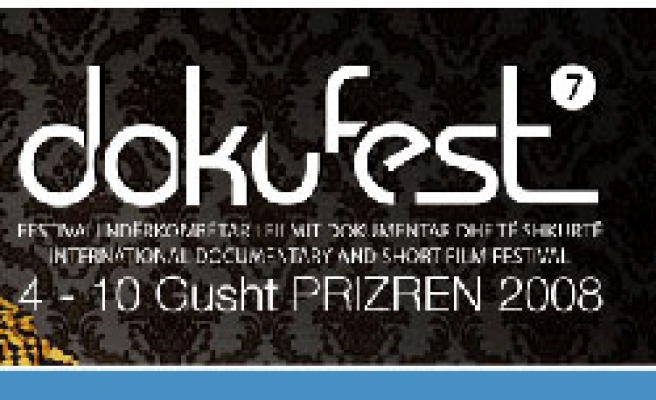 Meanwhile, the prime minister of Kosovo said that this festival hosted in Kosovo, presents the Republic of Kosovo as a democratic and prosperous country before the world.

"Dokufest is not only a festival of our country, but it also represents the artistic culture of the world hosted in Kosovo. Therefore, we will continue to support such festivals that present the genuinely positive image of Kosovo," said Prime Minister Hashim Thaçi.

The first movie shown was Life.Support.Music, directed by Eric Daniel Metzgar. This movie is an independent work narrating regeneration, family and music. It follows the life of the guitarist Jaso Crigler, who lives in New York, who suddenly gets sick with hematoma during his performance in a music concert in Manhattan.

His pregnant wife and his family refuse to accept the terrible diagnose of his health condition. Instead they decide to recuperate Jason at home by activating his brain with daily stimulation and endless passionate love for him. These epic paths of care and love are the strongest argument about the value of family.

The second and third night of documentary and short film festival Dokufest were marked with the immense amount of films shown and fast-pacing rhythm of the festival, which brought together artists and film-lovers to celebrate the event.

This year's festival best kept secret is definitely the subtle political film programme, which is hiding under the shadow of other films' exposure in the open air cinemas, reported New Kosovo Report.

The Festival was organized between on August 4-10 in the picturesque and historical town of Prizren which attracted numerous international and regional artists. In this annually organized festival films were screened twice a day in two open air cinemas as well as in two regular cinemas. Various events happenned within the scope of the festival: workshops, DokuPhoto exhibitions, festival camping, concerts, which altogether turn the city into a charming place to be.
Last Mod: 13 Ağustos 2008, 13:59
Add Comment