From apples to zebras, all 1.8 million known plant and animal species will be listed in an Internet-based "Encyclopedia of Life" under a $100 million project, scientists said. 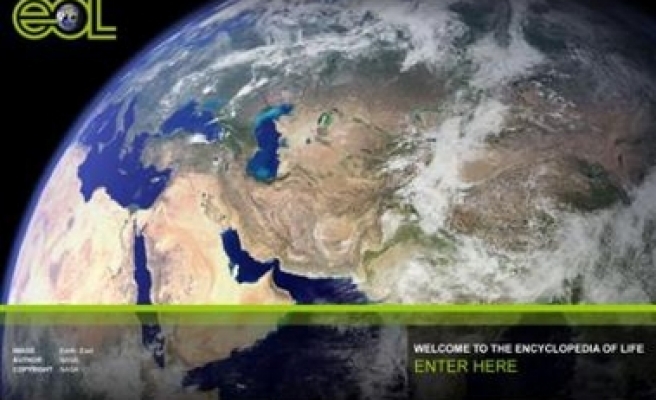 From apples to zebras, all 1.8 million known plant and animal species will be listed in an Internet-based "Encyclopedia of Life" under a $100 million project, scientists said.

The 10-year scheme, launched with initial grants of $12.5 million from two U.S.-based foundations, could aid everyone from children with biology homework to governments planning how to protect endangered species.

"The Encyclopedia of Life plans to create an entry for every named species," James Edwards, executive director of the project which is backed by many leading research institutions, told Reuters. "At the moment that's 1.8 million."

The free Encyclopedia would focus mainly on animals, plants and fungi with microbes to follow, blending text, photographs, maps and videos in a common format for each. Expansion of the Internet in recent years made the multi-media project possible.

Demonstration pages at http://www.eol.org include entries about polar bears, rice, death cap mushrooms and a "yeti crab" with hairy claws recently found in the South Pacific.

"This is about giving access to information to everyone," Jesse Ausubel, chairman of the project who works at the Rockefeller University in New York City, told Reuters.

The Encyclopedia would draw on existing databases such as for mammals, fishes, birds, amphibians and plants. English would be used at the start with translations to other languages.

Edwards said the project would give an overview of life on earth via what he termed a "macroscope" -- the opposite of a microscope through which scientists usually peer.

Species would be added as they were identified. Edwards said there might be 8-10 million on earth, adding that estimates ranged from 5-100 million. Fossil species may also be added.

The encyclopedia, to be run by a team of about 25-35 people, could help chart threats to species from pollution, habitat destruction and global warming.

Initial funding comes from a $10 million grant from the John D. and Catherine T. MacArthur Foundation and $2.5 million from the Alfred P. Sloan Foundation.

Extra funds would be raised in coming years.

Ausubel noted that 2007 was the 300th anniversary of the birth of Sweden's Carl Linnaeus, influential in working out ways to classify species. "If he were alive today we think he'd be jumping up and down celebrating," he said. Last Mod: 14 Mayıs 2007, 15:18
Add Comment