Iran on Tuesday agreed on the agenda of a 130-nation nuclear conference, clearing the way for the meeting to approve it and end six days of deadlock. 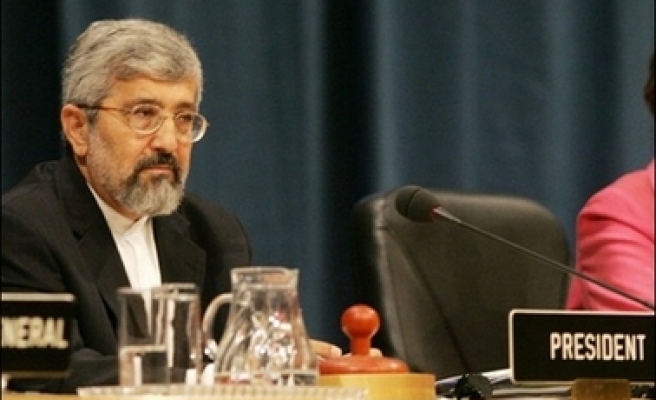 Iran on Tuesday agreed on the agenda of a 130-nation nuclear conference, clearing the way for the meeting to approve it and end six days of deadlock.

The issue stalling the meeting since it opened April 30 had been Tehran's refusal to accept a phrase calling for the "need for full compliance with" the Nuclear Nonproliferation Treaty.

Delegates said Tehran believed the language could lead to its becoming a target at the meeting because of its refusal to meet U.N. Security Council demands to cease uranium enrichment and other parts of its nuclear program.

A South African proposal accepted by consensus Tuesday will put an appended statement specifying that "all provisions" of the treaty must be fully observed.

With the Iranians showing no signs of compromise even after the South African proposal was floated Friday, a statement by Tehran's chief delegate, Ali Ashgar Soltanieh, that "my government can accept the proposal by South Africa" appeared to catch most delegations by surprise.

Subsequent approval was followed by brief, but relieved applause.

Iran says it is entitled to enrich under the treaty provision giving all pact members the right to develop peaceful programs.

The Nuclear Nonproliferation Treaty calls on nations to pledge not to pursue nuclear weapons in exchange for a commitment by five nuclear powers — the U.S., Russia, Britain, France and China — to move toward nuclear disarmament.

India and Pakistan, known nuclear weapons states, remain outside the treaty, as does
Israel, which is considered to have such arms. Last Mod: 08 Mayıs 2007, 14:33
Add Comment