A former Iranian nuclear negotiator has been given a two-year suspended jail sentence for breaching national security, a news agency said on Tuesday. 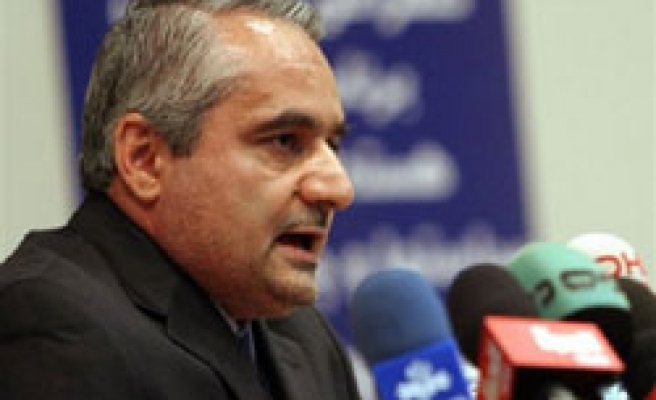 Hossein Mousavian, a member of the negotiating team which temporarily agreed in 2004 to suspend uranium enrichment, and his backers have often been criticised by President Mahmoud Ahmadinejad. He has called those he believes to have sought to suspend the atomic programme "traitors".

In what was seen as a setback for Ahmadinejad and a victory for those who seek a more moderate line on Iran's nuclear policy, Mousavian was acquitted in November of espionage charges which could have carried the death penalty.

He was instead found guilty of the lesser charge of "propaganda against the system".

The semi-official Fars News Agency carried its report on the suspended jail sentence on the same day as Ahmadinejad announced a major expansion of Iran's nuclear enrichment programme.

Fars said Mousavian was also barred from holding government office for five years by the court. Judiciary officials were not available for comment.

The news agency gave no details about when the suspended sentence would begin.

Nuclear policy in Iran is ultimately decided by Supreme Leader Ayatollah Ali Khamenei. He has said uranium enrichment should continue.

Mousavian has ties to the political camp of influential former President Akbar Hashemi Rafsanjani, a political rival of Ahmadinejad.

Intelligence Minister Gholamhossein Mohseni-Ejei last year said Mousavian had given information to foreigners, including the British embassy, and said "from the viewpoint of the Intelligence Ministry he is guilty".
Last Mod: 08 Nisan 2008, 17:11
Add Comment