Iran expressed regret over an attack on a Kuwaiti diplomat in Tehran on the previous day and promised to investigate the issue, the official IRNA news agency reported. 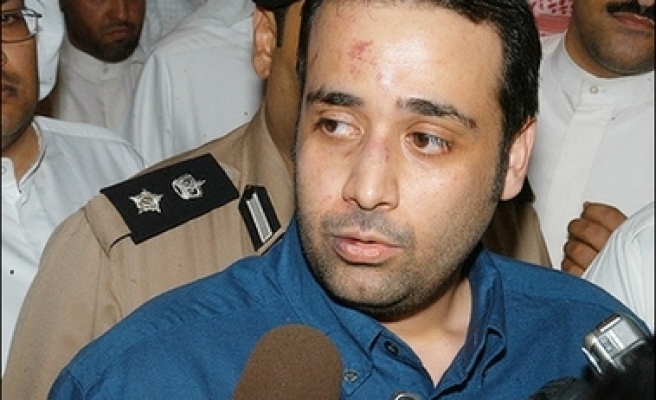 Iran on Wednesday expressed regret over an attack on a Kuwaiti diplomat in Tehran on the previous day and promised to investigate the issue, the official IRNA news agency reported.

"We are sorry about the event and investigating the details," Iranian Foreign Ministry spokesman Mohammad-Ali Hosseini was quoted as saying.

"After hearing the event, we have immediately started investigation into it," he added.

The Iranian spokesman noted that both Iran and Kuwait are determined to develop bilateral relations, and the event will have no impact on the mutual ties.

Kuwait's Deputy Prime Minister and Foreign Minister Sheikh Dr. Mohammad Sabah Al-Salem Al-Sabah said on Wednesday the attack on the diplomat in Tehran on Tuesday constituted an attack on his country, according to the official Kuwait News Agency (KUNA).

Al-Sabah made the remarks to reporters in Kuwait upon the return of Mohammad Al-Zu'bi, the second secretary at the Kuwaiti embassy in Tehran who was attacked near the embassy building in the Iranian capital.

Al-Sabah said that it was an attack on Kuwait, the international law and Islamic values, adding that Kuwait was "very much angry" with the incident.

However, the Kuwaiti official praised the statement by Hosseini on Wednesday expressing regret at the incident, KUNA said.

"We greatly appreciate the statement that was issued by the Iranian Foreign Ministry and that came in the right direction for the sound tackling of such an incident," Al-Sabah said, expressing hope that Tehran would make assurances that no further attacks would take place.
Last Mod: 21 Haziran 2007, 20:15
Add Comment