Dialogue between Gulf Arabs and Iran over its nuclear program is the best way to avoid another crisis in the oil-exporting region, Qatar's prime minister said. 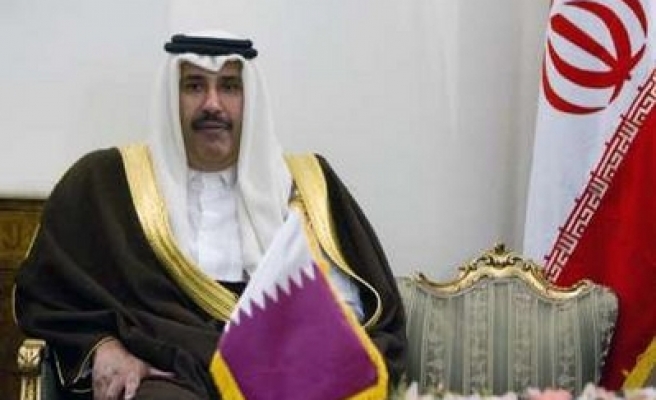 "It is very important that we have clear relations, frank relations, with Iran," Sheikh Hamad bin Jassim bin Jabr al-Thani said in remarks aired on Monday.

Discussion was important and "each side must respect the other's thinking and its understanding of security", he said at a conference in Doha.

"The IAEA is not 100 percent agreed with Iran but what we hear differs to what we hear from other parties, so it is important that no one shoves the region toward a new adventure and that as neighbours with Iran we have an understanding about this issue," he said.

Referring to past wars and the U.S.-led invasion of Iraq in 2003, he said: "Who has benefited from these wars and on what basis ... did these wars happen?

"All of them were based on unsound studies and we may have been hoodwinked and we reached the result that we have destroyed ourselves, for the power of Iraq was important to the Arab and Islamic world and so was the power of Kuwait and of Iran."

Of Iran's nuclear programme, he said: "It could be that this issue is peaceful and we could benefit from it, and if it is military then we should ask Iran why it is military. Is it meant for us, the close neighbours, or those further away?"

He added: "The most important thing is that we do not enter into an international game in which we will be exploited ... and come out as the losers on both sides."