The foreign ministers of Iran, Oman, Qatar and Syria held an unannounced meeting in the Syrian capital ahead of an Arab summit clouded by a crisis in Lebanon. 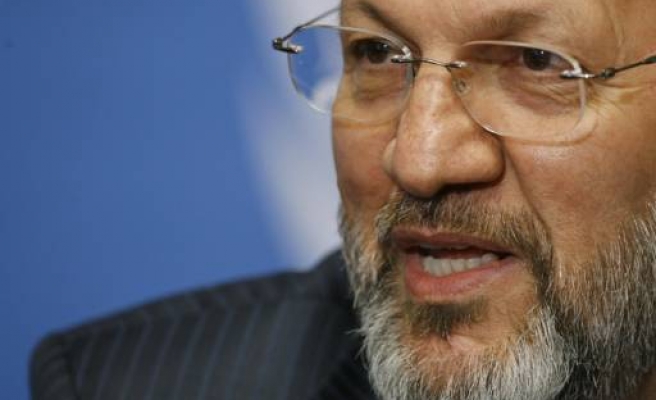 The four met at a restaurant near the city's international airport, witnesses said. The Iranian and Qatari ministers left Damascus immediately afterwards.
Diplomats said the meeting most likely followed up on discussions on Lebanon between Iran and Saudi Arabia in Cairo this week and how to adjust proposals submitted by the Arab League to divided Lebanese politicians to end the deadlock.

They said Syria had privately expressed backing for a new Gulf proposal to solve the crisis ahead of the March 29-30 summit of Arab leaders in Damascus.

"Little information is leaking out. Iran has an interest as well in being seen as playing a positive role," one diplomat said.

The official Syrian media did not mention the meeting but said Foreign Minister Walid al-Moualem met briefly with his Iranian counterpart Manouchehr Mottaki during a stop at Damascus airport to discuss "developments in Lebanon".

Qatar and Oman have resisted Saudi pressure to boycott the summit to protest at what Riyadh says is Syria's role in prolonging the 16-month political crisis in Lebanon.

Damascus blames Saudi Arabia and the United States for the failure to find a solution in Lebanon - where political deadlock has blocked the election of a new president - and says the summit could provide a venue to discuss the issue.

However several Arab leaders, including Saudi Arabia's King Abdullah, Egyptian President Hosni Mubarak and Jordan's King Abdullah, are expected to stay away unless the crisis in Lebanon is resolved.

Underscoring anger with Syria, Saudi Arabia has not declared a replacement for its ambassador in Damascus, who left at the end of his term last month.

Riyadh and Damascus support rival camps in a power struggle which has left Lebanon without a president since November.

Tehran and Hezbollah said Israel was behind the assassination of the top military operative. Israel denied the charge.

Damascus said it would swiftly announce the conclusion of the investigation, but no results have yet been made public.