Ahmadinejad, who in the past has called the dollar a "worthless piece of paper", suggested "some big powers" were driving it lower on purpose. 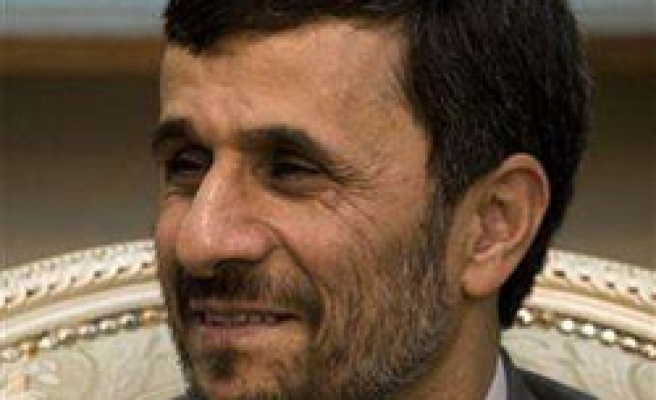 The market is full of oil and the rising price trend is "fake and imposed", Iran's president said on Tuesday, partly blaming a weak U.S. dollar which he said was being pushed lower on purpose.

"At a time when the growth of consumption is lower than the growth of production and the market is full of oil, prices are rising and this trend is completely fake and imposed," President Mahmoud Ahmadinejad said in a televised speech.

"It is very clear that visible and invisible hands are controlling prices in a fake way with political and economic aims," he said when opening a meeting of the OPEC Fund for International Development in the central Iranian city of Isfahan.

Iran, the world's fourth-largest oil exporter, has repeatedly said the market is well-supplied with crude and blames rising prices on speculation, a weak U.S. currency and geopolitical factors.

"As you know the decrease in the dollar's value and the increase in energy prices are two sides of the same coin which are being introduced as factors behind the recent instability," Ahmadinejad said.

Oil steadied on Tuesday after touching a record near $140 the previous day, with traders caught between a weaker dollar and expectations that top exporter Saudi Arabia will ramp up output to its highest rate in decades.

Iran has often said it sees no need for the Organization of the Petroleum Exporting Countries (OPEC) to boost output.

Ahmadinejad reiterated his view that oil should be sold in a basket of currencies rather than U.S. dollars, an idea which has failed to win over other OPEC members, except Venezuela.

"The ever-increasing decrease in the dollar's value is one of the world's major problems," he said.

Iran has for more than two years been increasing its sales of oil for currencies other than the dollar, saying the weak U.S. currency is eroding its purchasing power.

Ahmadinejad, who in the past has called the dollar a "worthless piece of paper", suggested "some big powers" were driving it lower on purpose:

"The planners for some big powers are acting to decrease the dollar's value," he said. "For years they imposed inflation and their own economic problems to other nations by injecting the dollar without any support to the global economy."