A blast in a mosque in southern Iran that killed at least 10 people on Saturday was not an attack and was probably caused by negligence, Iranian media on Sunday quoted a police official as saying. 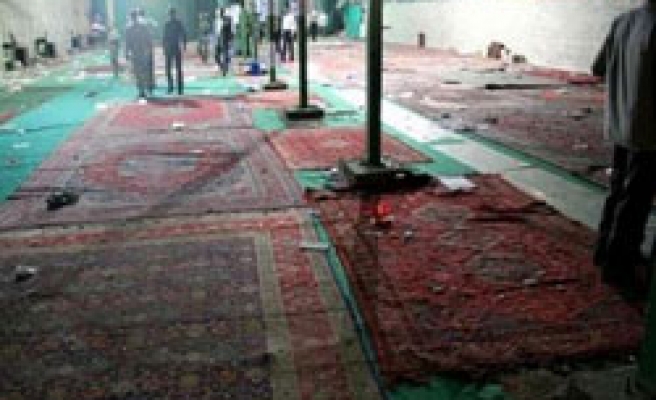 A blast in a mosque in southern Iran that killed at least 10 people on Saturday was not an attack and was probably caused by negligence, Iranian media on Sunday quoted a police official as saying.

Iranian news agencies had reported that a bomb exploded in a mosque in the southern city of Shiraz, also wounding more than 160 people.

But the English-language Press TV said on Sunday the blast "may have been caused by explosives left behind from an earlier exhibition commemorating" the 1980-88 Iran-Iraq war.

The semi-official Fars News Agency carried a similar report, apparently based on comments from the same official.

"Based on the initial evaluation, the Saturday night explosion ... has not been intentional or sabotage," it quoted the commander of the security forces in the southern Fars province, Ali Moayedi, as saying.

"The latest news we have ... is that there was no firm stance by police and security officials as the investigation is still ongoing," Mohammad Ali Hosseini told a weekly news conference. "Therefore no pre-judgement can be made about the incident," he said.

Late on Saturday, Fars quoted a police official as saying a "hand-made" device had been planted in the mosque. A local hospital official said the death toll was expected to rise.

State television urged people in Shiraz to donate blood for the wounded and said all nurses in the city had been called to report for work.

The official IRNA news agency said the blast took place during an address by a cleric in the Shohada mosque in Shiraz.

A 20-year-old woman wounded by the blast said there were about 800 people inside the mosque when the bomb exploded. "After we heard an explosion, there was smoke everywhere," Saeedeh Ghorbani told Fars.

Security is normally tight in Shi'ite Muslim Iran and bomb attacks have been rare in recent years. But several people were killed in 2005 and 2006 in blasts in southwestern Iran.