Washington claims the shield in Europe is needed to defend against any missile attacks from countries such as Iran as Russia says the U.S. plans are a direct threat to its security. 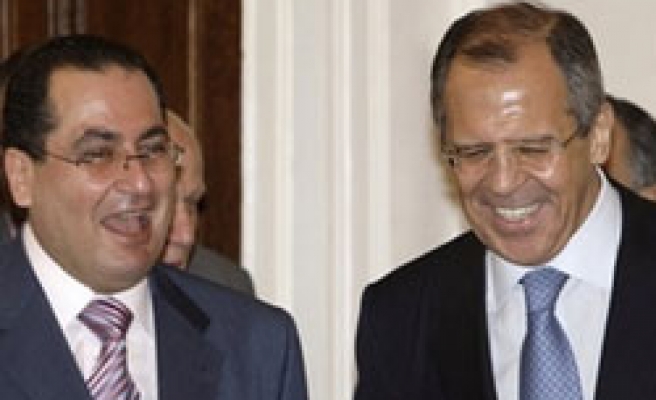 Russia said on Friday Iran's missile tests showed there is no military justification for U.S. plans to deploy missile shield in eastern Europe because Tehran's rockets cannot travel that far.

Iran this week test-fired missiles which it said were capable of reaching Israel and U.S. bases in the Middle East.

Washington claims the shield in Europe is needed to defend against any missile attacks from countries such as Iran. Russia says the U.S. plans are a direct threat to its security.

"The tests in Iran have only confirmed that Iran at the moment has rockets with a range of up to 2,000 km (1,243 miles). That confirms what we have said before," Russian Foreign Minister Sergei Lavrov told a news briefing.

"That is that the current idea of deploying a U.S. ... missile shield in Europe, with its parameters, is not needed to monitor and react to these particular rockets with this range."

"We continue to be convinced of the invented nature of discussions about the Iranian rocket threat as a motive for the deployment of the missile shield in Europe," Lavrov said after talks with Jordanian Foreign Minister Salaheddin Al-Bashir.

Lavrov said negotiations, not threats, were the only way to resolve the dispute.

"Overall we are in favour of any problems which are linked to Iran being resolved through negotiations, political and diplomatic methods, by bringing Iran into a mutually respectful and concrete dialogue," Lavrov said.

"Not through threats that are voiced periodically that 'force will be used so that, once and for all, all the problems are resolved'. That will not work."

Tehran said on Friday Iran's chief nuclear negotiator will meet European Union foreign policy chief Javier Solana on July 19 to talk about a package of incentive over its nuclear programme.

"We take the view that these proposals are comprehensive enough, deep enough, contain enough positive stimuli that it will be possible, as a result of these talks, to create the conditions for subsequent negotiations," Lavrov said.